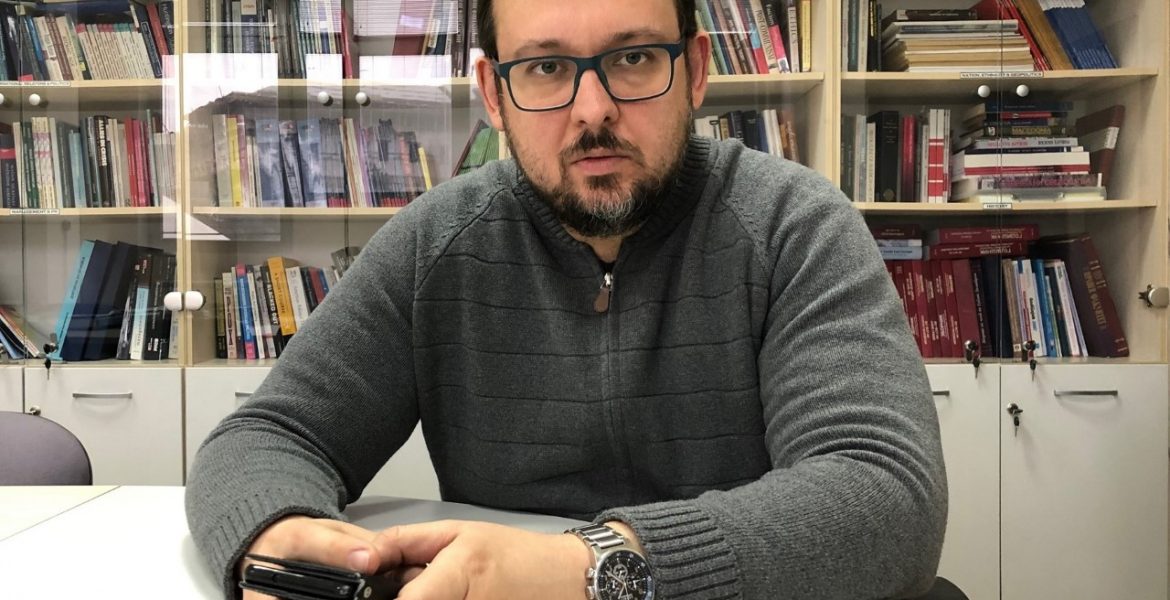 The Russian invasion of Ukraine, which began in February 2022, changed the political climate in Europe and the world and announced a new era of global relations, which has yet to take shape in the post-conflict process, and which will be based on the complexity that arises from the emerging reality of the multipolar world. The global powers will obviously be forced to sit at the peace table and define their relations in the long run, so as to agree on the basic geopolitical, but above all, geo-economics issues, in an effort to establish lasting peace, but also rules of the game that would prevent development of future conflicts, which, of course, cannot be completely ruled out. The atmosphere of disturbed trust between the EU and the US on the one hand, and Russia on the other, certainly does not help in achieving such goals, and the timeframe of the Russian-Ukrainian conflict is still difficult to predict from this perspective.
The beginning of the military operation by the Russian Federation brought a wave of political turbulence in the Republic of North Macedonia. The newest member of NATO and the eternal candidate country for EU membership has faced what most countries in Europe have faced – political uncertainty, economic hardship and polarized public opinion about what is happening at such a short distance from the borders of the country.

Even before the start of the conflict in Ukraine, North Macedonia, like most of the Western Balkan countries, was subject to political and economic influence from multiple centers of power. The Covid-19 pandemic has shown that the EU and the US are not the only players interested in expanding their political and economic influence in the region and that they have serious competition from global players such as Russia, China and Turkey, as well as some of the countries from the Arab world.
The beginning of the Russian-Ukrainian conflict almost instantly polarized public opinion in North Macedonia about the causes of the conflict and the main culprit. However, even before the beginning of the conflict, public opinion polls indicated that North Macedonia belongs to the second group of countries (out of three groups) in which sympathies for the Russian Federation exist, but are not at the level of neighbouring Bulgaria and Serbia, however they are certainly stronger and more pronounced than the “Russian sceptics” Poland and Romania. Domestic analytical centers also pointed to the strengthening of the Russian influence and growing sympathy for the Russian Federation, especially at a time when the EU managed to disappoint the citizens of the country with a new veto by its member states on the start of pre-accession negotiations of North Macedonia with the EU.

The three-decade long conflict between Greece and North Macedonia over the name of the country was resolved with the Prespa Agreement in 2018, after which the Republic of Macedonia acquired the attribute North, and made additional concessions on historical and identity issues, in return receiving unblocking negotiations with NATO and EU. In 2020, NATO membership became a reality, and the start of negotiations with the EU seemed to be within reach. However, first France, and then Bulgaria, presented new vetoes to the Republic of North Macedonia and the Republic of Albania, each for its own reasons. The French veto was due to France’s request to redefine the methodology of the pre-accession negotiations, which was realized, so the French veto was lifted in record time. But, immediately after the French veto, the veto by the Republic of Bulgaria followed, which in November 2020 did not agree with North Macedonia to start pre-accession negotiations. The veto is still in force, and the EU’s credibility as a partner and influential factor in the political life of North Macedonia has been visibly damaged due to the permanent non-fulfilment of the obligation to finally start negotiations and due to leaving North Macedonia in the EU waiting room despite the huge concessions the country made with the Prespa Agreement.

In such an atmosphere of general disappointment with the policy of the EU and certain member states, it was only to be expected that public opinion would react to the Russian-Ukrainian conflict in part and through the prism of such sentiment, more emotionally than rationally, leaving assessments of the geopolitical map and self-interest in the background. However, despite this development, surveys by domestic think tanks show that the majority of ethnic Macedonians and the vast majority of ethnic Albanians (the country’s two largest ethnic groups) are showing solidarity with the Ukrainian people and condemning the invasion of Ukraine. However, the number of those, especially ethnic Macedonians, who support the Russian position is not small, which is more a result of the desire for “revenge” due to the unfulfilled expectations of the Western partners towards North Macedonia, than it is a reflection of some authentic pro-Russian mood of the society, which, to be honest, has never been nearly as big as in neighbouring Serbia or Bulgaria, for that part, which by the way is a member of both NATO and the EU. The emergence of pro-Russian sentiment is more instrumental, largely based on frustration with the failure of the European integration process, and the popularity of the Russian Federation grows (even before the conflict in Ukraine) exclusively in crisis situations and international political setbacks, which have become regular strategy in the behaviour of some EU member states towards North Macedonia, which is probably one of the weakest points of the asymmetric logic of the pre-accession process.

However, the development of political events in North Macedonia, despite all the negative events, experienced a positive episode that restored the confidence of Macedonian citizens in the possibility of wise and peaceful resolution of disputes with its neighbors. Namely, in May 2022, first the Ecumenical Patriarch Bartholomew, and then the Serbian Orthodox Church recognized the autocephaly of the Macedonian Orthodox Church – Ohrid Archbishopric (MOC-OA), with which the MOC-OA was awarded a tomos (official act of recognition) by the then mother church – the Serbian Orthodox Church. This closed the long-standing dispute between the SOC and the MOC-OA, and the MOC-OA received official status as an equal Orthodox church with other recognized churches in the Orthodox world. This caused a wave of excitement in the country and greatly increased the popularity of neighboring Serbia, especially among ethnic Macedonians, at the expense of neighboring Bulgaria, which, precisely because of the veto in the EU, fell on the list as the most unpopular neighbor of North Macedonia. This has certainly further increased the frustration in the Bulgarian society regarding the Macedonian issue, and another veto at the upcoming EU summit in June 2022 is becoming more and more certain. At the time of writing, French President Emmanuel Macron is making a last-ditch effort to lift the Bulgarian veto, although there is little hope in the Macedonian society for the success of this initiative. The winner of such a potential negative development of events can be sensed…

Nenad Markovikj is an assistant professor at the political science department at the Faculty of Law at Ss. Cyril and Methodius University in Skopje. He is a founder and researcher in the Institute for Democracy “Societas Civilis” – Skopje and a member of the editorial board of the quarterly magazine “Political thought”. His conducts research in political theory, social capital, political philosophy, nationalism, civil society and political culture/myth.