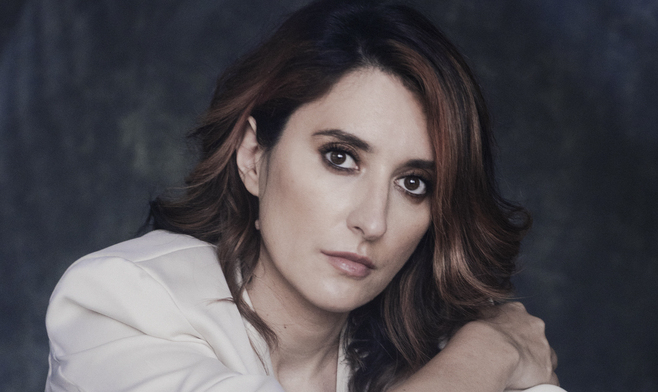 New wars are complex. The world has increasingly less patience for nuances, as it is especially evident in the current war in Ukraine. The highly polarized media situation lasted all year, even before the start of the war in Ukraine. During the military actions, the opponents simultaneously label one another as “Nazis”, so the situation may require answers in the feminist theory and practice.

A feminist critique of militarism starts with the fact that women, civilians or not, are at risk of death, violence, and sexual violence in war, and face an increased risk of death from preventable causes such as childbirth complications and diseases during the conflict. Traditionally, peace-making was and still is, women’s work, and expectedly, a feminist response to the war in Ukraine is a complex and layered set of initiatives. Giving a closer look at Serbia, we must mention the peace-making initiatives of Serbian feminist groups like Women in Black and Group 484, established as a peace movement opposed to Serbia’s involvement in wars throughout the 1990s. Their work still makes a crucial contribution to the processes of reconciliation and peace-building in the Western Balkans.

Serbia: A Feminist Response to War

In addition to protests organized by Women in Black, two mass gatherings took place in Belgrade, accompanied by actions around Serbia – in Novi Sad, Krusevac (Peščanik Women’s Association), Leskovac (Nena Group for Peace and Women’s Rights) and other places. Celebration of March 8 brought together several organizers from all over Serbia. We addressed our appeal for an end to the war as one of the central themes. Women write and translate texts bringing different perspectives on the peace movement: feminism, politics, history, and psychology (Zaharijević, Slapšak, Radović, Vasiljević, Kordić, Ćorović, Perović…). Refugee reception and micro fundraising actions and/or collecting aid were scheduled both individually and collectively (WIB, RWF, Astra, Koraci…)

In April, after two months of war, a new idea arose from various women’s collectives groups previously organized around March 8. The letter, awomen’s appeal  for peace in Ukraine, was written by Aida Ćorović and Vera Kurtić and edited by groups and individuals through the open dialogue platform Peace Initiative. The letter has a top priority: stop the war immediately and start peace negotiations. Authors clearly stated: We, the women, must demand that all war actions stop immediately and unconditionally and that the leaders of Ukraine and Russia sit down at the diplomatic table and try to find a solution through diplomacy, not war.

Earlier, when the UN General Assembly adopted a Resolution on the Aggression against Ukraine on March 24, Serbia was surprisingly among the majority to condemn Moscow’s aggression. This political turn in Serbia, despite persistent Russian influence, was visible as a shift in the media environment – tabloids and state-controlled media started being critical of Russian actions overnight. While tensions between Europe and Russia have grown, the USA appointed the veteran of Balkan diplomacy, Mr Cristopher Hill, as its ambassador in Serbia.

A Letter: Response vs Responsibility

The Western Left and many feminists reasonably believed that the US was trying to expand its influence over Eastern Europe and other parts of the world, but the trouble was when some of them saw Post-Soviet Russia as a defender of anti-imperialist values. Sanja Radović, in her great text in “Novi plamen”, sees the old empires as four poker players at the table. But all that is on a macro level. On a closed, more human level, I would always stress a left critique of the left – insisting on maintaining political purism loaded by paternalistic Orientalism as the dominant stance. If the withdrawal of the US troops from Afghanistan was seen as anti–capitalist despite the horror of the Taliban immediate measures, considering the war in Ukraine a new cold war with blaming “both sides equally” were even more naive, politically wrong, and directly life-threatening to Ukrainians. In short, western left NATO critics, from the founding members of the North Atlantic Alliance see this alliance exclusively as imperialistic and purposely turn a blind eye to the member-states who joined the Alliance after the dissolution of the Soviet Union and their security and stability as well as decision-making potential.

In a political sense, I define myself as a leftist, since most of my public engagement concerns public health and universal health insurance, outreach programs in social care, enabling free formal/informal education, etc. From a feminist standpoint, I have learned to hear and avoid any paternalism, so my political decision is to follow the actual needs of the people and groups I work with and for. Abolition of political or theoretical purism is one of the highest ethical duties I owe to the co-working with real people.

While we were discussing the letter of the women’s appeal for peace in Ukraine, I shared surprising comments. Here is a summary: (1) outlining the priority to stop the war and – immediately – start peace negotiations, (2) contextualization of our feminist struggle and position with a reminder of the anti-war movement in the 90s, and (3) bold conclusion: only complete demilitarization leads to peace. The only controversy was a suggestion to avoid usual NATO critics that would precede its actions, while the people of Ukraine (after two months of the war) were desperate for the EU and US to intervene. Based on the aforementioned critique of the western left radical anti-imperialism from the pen of Polish, UK based Polish, Ukrainian, and British-Syrian writers, I stepped back from “campism” and the binary world – seen as (possible, new) cold war blocks of Russia and USA where NATO represents solely American interests and is an emblem for everything wrong in the world.

With the carefully balanced risk of being labelled a liberal, an imperialist, a traitor, or “NATO whore” which is a frequent offense for feminists in Serbia, I chose to avoid the common mistake of “they are all the same” paternalistic binary responsibility disposition as if we are mothers of the children fighting. From the feminist point of view – yes, all the military forces of the world are unwanted, with every action we long for a world with no guns, no firearms, and no nuclear weapon – at all. In the very moment of war in Ukraine, while 100 cities are under the fire of the Russian army, with 3.5 million people fleeing from eastern Ukraine and 6 million internally displaced persons it is not the time for a theoretical approach, “wider picture” nor to distribute responsibility evenly on two (or four) biggest “poker players”. Both levels of politics – real and imaginary – are being split while war is on, and all theoretical knowledge on two blocks, four empires, or total demilitarization is in the carefully structured field of ideas. As women, we balance these two levels carefully, trying to maintain fragile relationships with our Ukrainian sisters, never trading their lives today for an ideal, hence distant, world of tomorrow.

The Safety Belt of Accountability

As feminists, we cannot and will not support sanctions, knowing that it will affect only vulnerable groups of Russian people, needless to say – we are against the war, the arms, the military service and many other issues we repeatedly and publicly say. Until governments and militaries get their acts together, I think it could be safe (and safety matters) to call the feminist approach – responsibility. While in peace, women take responsibility for preventing wars, and when wars have already taken place, women look after the humanitarian consequences. We are responsible for hearing the voices of unheard, healing the wounds, opening our doors to not blood-related kinship and political friendship, finding a room for dialogue and peace that we permanently insist on.

Elaborating the letter in a constantly changing situation, we lost the momentum for it. The question remains – to whom we are addressing this appeal which is mainly concerned with the issue of responsibility? Our dialogue, full of vigorous dispute with mutual care and respect, reminds me that the ethical sense of responsibility is the dominant signifier of the feminist methodology in women’s collectives – we are the ones we have been waiting for*.

*We Are the Ones We Have Been Waiting For is the title of the collection of activist speeches and essays from the Pulitzer Prize–winning author Alice Walker.

Marija Ratković is a Ph.D. candidate in Theory of Arts  and Media, at the Centre for Interdisciplinary Studies, University of  Arts in Belgrade. A researcher, theorist, and publicist with an  interdisciplinary education in humanities, sciences, and arts. Focused  on lifelong education and work in dynamic fields of bioethics and  biopolitics, issues of sexuality, gender, and class. Founder of the  Centre for biopolitical education, youth mentor, and an award-winning  activist in the domain of public health, women’s health, and  reproductive rights.