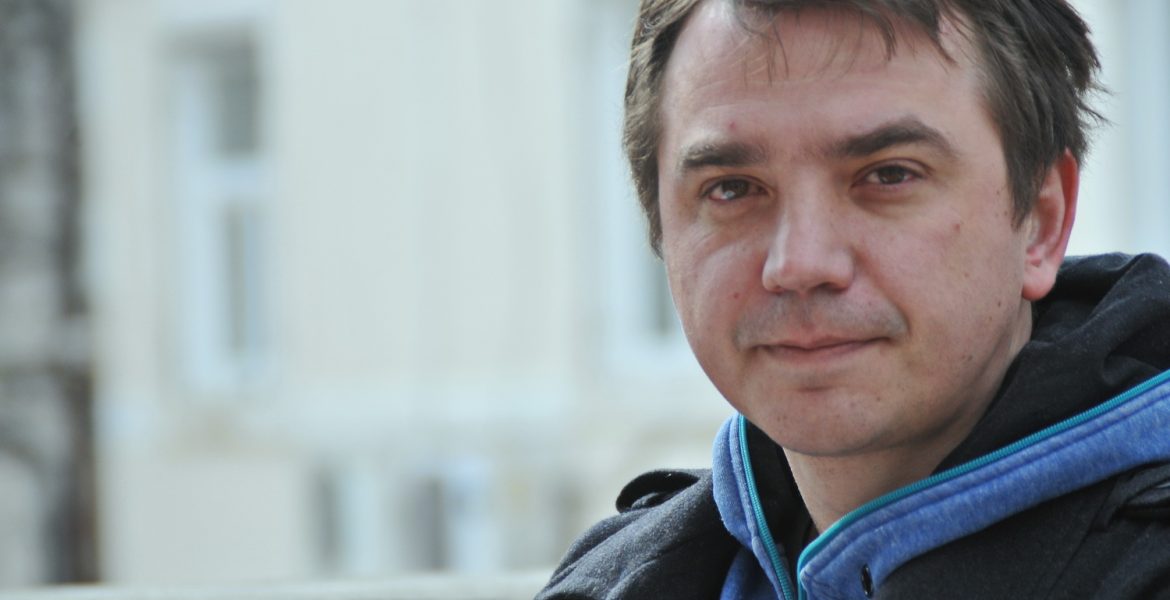 It has been three decades since the Bosnian Serb authorities sent a call to the citizens of Serbian nationality via Radio Prijedor to join “their army and their police in the hunt for extremists”. The second part of that message was even more sinister: “The other citizens, of Muslim and Croatian nationality, must put white flags on their houses and apartments and wear white armbands. Those who refuse will suffer serious consequences.” So the citizens of non-Serbian nationality in a “Serbian world” were marked with a white band for expulsion, concentration camps, torture, robbery, rape, death. Just like Jews were marked for extermination with a yellow Star of David in the Third Reich, Radovan Karadžić and his tutors from Serbia didn’t even bother to hide who their role models were. It became rapidly clear that in the new language of the Greater Serbian nationalism, “extremists” were women, children, the elderly, adult men, boys, girls – provided they were not members of the heavenly people, a superhuman race allowed to do whatever they wanted under the new Milošević regime.

Serbian forces turned the Municipality of Prijedor into a huge torture and killing ground, and the results of that atrocious act were horrifying: 3.176 murdered civilians, 102 murdered children, 256 women, 31.000 people passed through death camps, over 50.000 Bosniaks and Croats were expelled, around 94 percent of the 53.000 people who used to live in the Prijedor region before the war. Thus, the perpetrators of genocidal activities carried out the doctrine of “humane resettlement” formulated by Dobrica Ćosić, with the participation of an entire pack of nationally unconscious academics, writers, intellectuals, church leaders, and media representatives. Preparations for the mass extermination and expulsion of non-Serbs lasted a long time and were carried out thoroughly. Slobodan Milošević simply took over the complete program from the intellectual wing of the joint criminal enterprise that acted as the opposition in socialism.

After the end of the war, after Omarksa, Trnopolje and Keraterm, after the Korićani Cliffs, after mass graves, after all the atrocities – ideologists and evildoers are still active, continuing their misdeeds in peaceful circumstances which they consider just a temporary ceasefire. It’s not enough to kill and expel, but it is also necessary to deny that the crimes ever happened. In everyday practice it appears that denial really is the last phase of genocide, it’s not enough to erase the victims from the face of the earth, and then scatter their bones across mass graves, to cover the traces of these crimes, but it is also necessary to cynically deny that innocent people were murdered.

Deniers most often use a strategy that Stanley Cohen calls denial of interpretation, so, for example, they refuse to admit that genocide was committed in Srebrenica, but talk about a terrible crime, something that is constantly repeated by the Serbian Prime Minister Ana Brnabić. In the case of Prijedor, there is a more basic denial, a denial of facts, many wrote that the order to wear white armbands was not issued, that it never happened, including, among others Slobodan Antonić, professor of sociology at the Faculty of Philosophy in Belgrade. Who cares about the surviving witnesses and their memories, our wise men and our fools know more about what happened in Prijedor than the people of Prijedor themselves.

The Serbian society spends incredible amounts of energy on denying basic facts about the atrocities of the wars of the 1990s, which the whole world knows about, which everyone can be informed about with two clicks of a computer mouse. Virtually all parts of the so-called Serbian elite, starting with the Serbian President Aleksandar Vučić, and all the politicians in power and the majority of the opposition, including university workers and intellectuals, the on-duty media yes-men and propagandists, participate in this futile struggle which is based on the inability to look ourselves in the mirror and face our own actions. Their anthem goes: “Nothing happened, nothing happened, nothing happened, our conscience is clear.”

Hard-core nationalists are not the only ones participating in the denial, because it seeps through all segments of society and takes on various forms. Most people are simply indifferent towards the evils committed, they pretend that it doesn’t concern them, carefully avoiding uncomfortable facts, knowing full well what it is that they should not know. It is futile to pretend that these crimes have nothing to do with us, which is what members of younger generations are trying to do, because those crimes were committed in our name, in the name of the nation of which we are unwilling members.

To put it more simply: if someone’s name is, for example, Savo Manojlović or Boban Stojanović, he wouldn’t be wearing a white armband in Prijedor on May 31st 1992, and he wouldn’t be killed in Srebrenica in July 1995. Perhaps the essence of the connection between the feeling of responsibility and national identity was best described by the author Dragoljub Stanković: “Today I am a Serb not because of my language, my family, some special beliefs or tradition, but because of the crimes committed in my name. With a feeling of great defeat and sadness, which will follow me to my grave, I know that I am a Serb today only because of that.”

The Prijedor authorities have been humiliating victims, survivors and members of their families for years. The mayor banned the commemoration of the anniversary of mass crimes, “Kozarski vjesnik” refused to publish the obituary sent by the Kvart association, which pays tribute to the murdered children of the Prijedor area, and the government has been obstructing the erection of a monument to the murdered children for nine years. Instead of showing respect towards innocent victims, they are praising their killers, painting murals with the image of the mass murderer Ratko Mladić, holding Chetnik parties and mocking the victims, just like in the rest of the “Serbian world” where empathy is a foreign, unknown word.

Instead of monuments to victims, they are erecting monuments to their killers, which speaks volumes about how twisted the world created by the advocates of the Greater Serbian nationalism is. The murderous forces have been stopped, many criminals have been sentenced to many years in prison before the Hague Tribunal and domestic courts, but the criminal ideology that they used to justify their atrocities is still very much alive, its postulates have become unquestionable truths of Serbian society, sacred dogmas that cannot be doubted. The propagandists of these crimes are creating a deafening noise, drowning out the voices of the victims.

This is why the commemoration of the White Armband Day, initiated by the Association of the Victims of Prijedor, is so important. In these circumstanced of collective denial of crimes, in a society which refuses to remember even murdered children, in a complete state of denial – the White Armband Day stands in defense of the victims that are denied even the right to memory. War criminals are never done with destruction, they are not satisfied only with the physical removal of the group that they chose to destroy – they want to wipe out any trace of their existence.

This explains the systematic demolition of mosques in Bosnia and Herzegovina, the destruction of religious and cultural monuments, the shelling of the Sarajevo City Hall and the burning of the book collection. The goal of the criminal army was to eradicate an entire culture and creed, to erase all traces that it ever existed. The eradication of collective and individual memory has continued to this day, 27 years since the end of the war, and the end is nowhere in sight. The White Armband Day, which is celebrated every year in many cities around Bosnia and Herzegovina and the world, reminds us of the innocent victims of Prijedor, opposing today’s successors of Mladić’s crimes who want to cover the past with a fog of oblivion. It also reminds us that criminals are not omnipotent, as they imagined in their madness, because no one can take away the memories of the survivors, nor can anyone prevent the better part of humanity from showing solidarity with the suffering of the innocent.

Tomislav Marković is a journalist and writer form Belgrade. One of the founders and editors of the Cultural-propaganda set Beton (2006-2013) and deputy editor-in-chief of e-novine (2008-2016). He is a columnist for several regional news portals: Al Jazeera Balkans, Antena M, Nomad.ba, Zurnal.info, Tacno.net.