What if Peace Was Given a Chance?

„I remember very well a question asked at a press conference: ‘why did you record an anti-war song when the war was over’, meaning when the conflicts in Croatia were calming down. This is what really stuck to my memory, because I didn’t see it that way, I saw that the worst war was yet to start.“
Srđan Gojković Gile, Member of the New Wave group Electrični Orgazam[1]

The year 2021 marks the 30th anniversary of the events that eventually led to the violent dissolution of Yugoslavia. The narratives of violence and war still echo across the Western Balkans region through ethno-centric policies, revisionist narration of history, denial of war crimes, nationalistic politics, and the neglection of the importance to deal with this common past.

The Balkan.Perspectives’ edition “What if Peace was Given a Chance?”, however, puts the spotlight on those individuals and organisations who stood against the warmongering, the idealisation of violence, and the nationalist politics of the last decades. Balkan.Perspectives dedicates space for reflection on these diverse movements and their common grounds, thereby seeking to elaborate on the importance of the peace and anti-war movements in Yugoslavia. At the same time, we also want to appreciate their legacy in the current activism and social movements. We strongly believe that the anti-war and peace movement experiences in the (post-)Yugoslav context reverberate in the present forms of civil society protests and activism in the region, as these initiatives “did not appear in a political vacuum. Rather, various (post-) Yugoslav anti-war activist movements appropriated and developed from dormant social networks that had been created through student, feminist, and environmentalist engagement in socialist Yugoslavia. Anti-war activism, in turn, served as platforms for generating social and material capital, which enabled the establishment of the present-day organisations devoted to human rights protection across the ex-Yugoslav space”[2]

The 16th edition of Balkan.Perspectives highlights specifically the role of women in the peace and anti-war movements in the dissolution of Yugoslavia. The contributions of Igo Rogova and Linda Gusia highlight the often-forgotten role of women’s activism and women’s protests in Kosovo in the 1990s, tracing the pertinent role of women in the fight for peace in Kosovo. At the same time, Nađa Duhaček and Daša Duhaček seek to explore why women played such a crucial role in the anti-war movement in Serbia in the 1990s. Naum Trajanovski analyses how North Macedonia became the “oasis of peace” in the violent dissolution of Yugoslavia and why this carries an ambivalent notion. The “Yutel for Peace” concert in the Zetra concert hall in Sarajevo in 1991 is a well-documented event of an anti-war protest, but Jelena Jevđenić and Mišo Vidović take us to another important anti-war protest – the “Yutel for Peace” concert in Banja Luka in the same year. Suada Kapić and Nikola Mokrović elaborate how the legacy of civic resistances in Bosnia and Herzegovina and Croatia in the 1990s still plays an important part in countering nationalism, supporting a sustainable form of peace, and further contributes to finding appropriate strategies in dealing with the past.

Besides the articles, the Balkan.Perspectives editorial team also introduces a new format: the Balkan.Perspectives podcast with interviews, discussions, and reflections on the current topic of anti-war and peace movements in the (post-)Yugoslav context. Please visit the website www.dwp-balkan.org for further information. We want to thank all our partners, the production team behind and in front of the microphones, and of course, our guests of the podcasts. In North Macedonia we thank Radio MOF, Jasmina Jakimova and Naum Trajanovski. In Bosnia and Hercegovina, we thank the media platform Naratorium, Đorđe Krajišnik and Jadranka Miličević from Foundation CURE. In Kosovo we thank the TILLT Radio team, Marigona Shabiu from YIHR Kosovo and Serbeze Haxhiaj. In Serbia we thank the radio show Ženergija on Radio Aparat, Zoe Gudović, Staša Zajović, Dragan Protić (Prota Škart), Nataša Kandić and Nikola Barović.

On behalf of the Balkan.Perspectives editorial team, I wish you an interesting read and insightful listening. 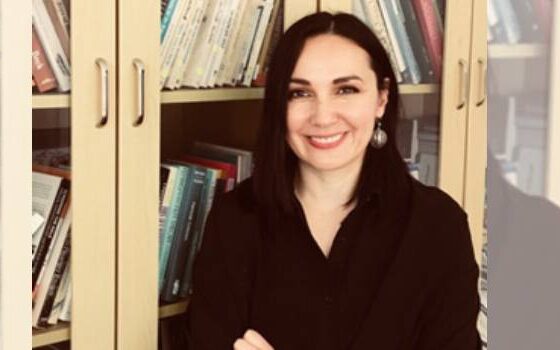 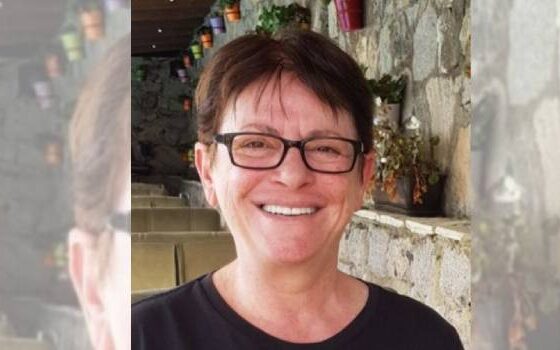 For several years, Albanians faced continuous occupation and violation of the rights to work, freedom of language, gathering, music, and moving. However, this became worse under the oppressive policies of Milošević’s regime. In 1998, the situation went from bad to […] 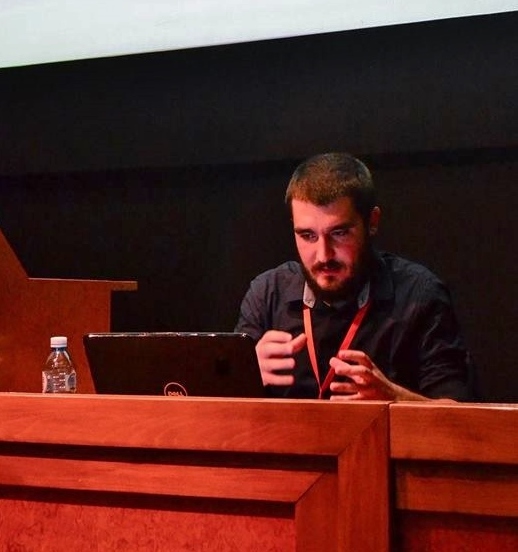 Graduate School for Social Research, Polish Academy of Sciences To better understand the developments in Macedonia on the eve of and during the Yugoslav wars, the reader will benefit from a brief overview of the Macedonian 1980s and, pretty ahistorically, […] 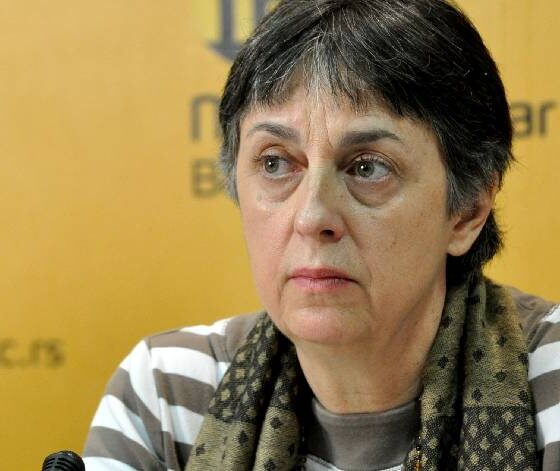 Just a cursory glance at the available data concerning the anti-war movement during the breakup of Yugoslavia, between 1991 – 1999, will almost force upon us a conclusion that it was, for the most part, initiated and carried out by […] 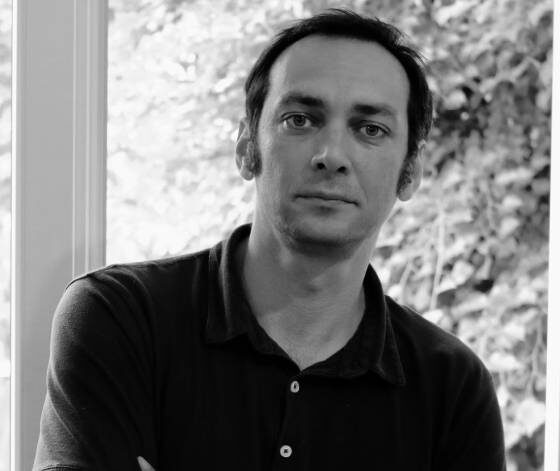 Regardless of how conflicts are solved, people in these areas will continue to live together. We all need peace; therefore, we must work on developing the democracy and achieving economic, social, and ecological well-being. Our interests are the same; war […] 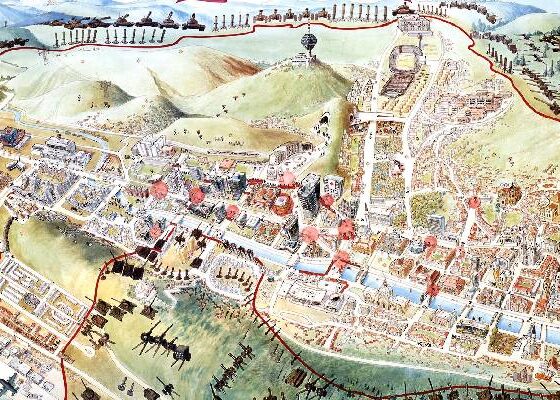 One war had already ended (Slovenia, June 1991) and another was taking place in Croatia. We had already seen the fall of Dubrovnik, Vukovar, and the procession of refugees when the testing of barricades in the city began in Sarajevo […] 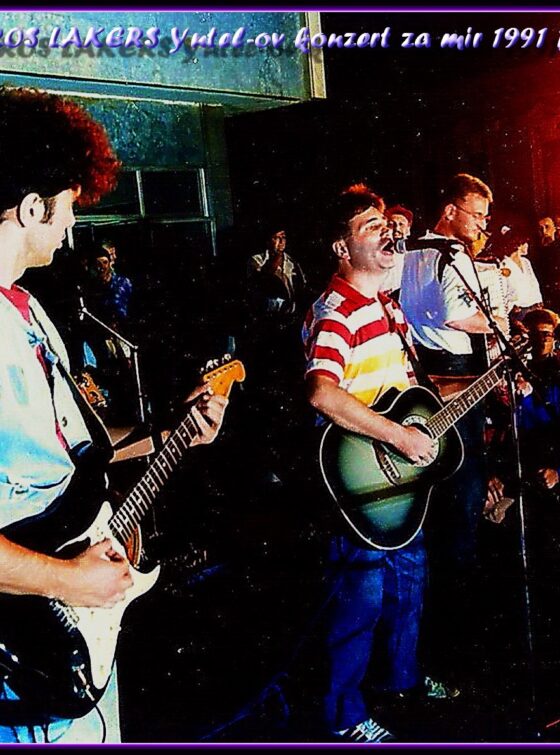 May 1988. The square outside the “Boska” department store. The square named after Edvard Kardelj, one of the most important and famous politicians from the socialist era, and a close associate of Josip Broz Tito. According to the estimates made […]