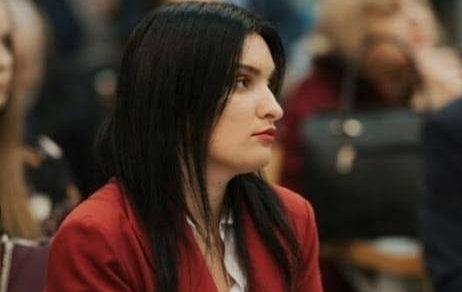 Dara and Aida as an invitation to remember the victims

The audience frequently has conflicting opinions about regional films with a war-related topic. On the one hand, such topics reopen old wounds and do not allow persons to go on, and on the other hand, there is a need to preserve the remembrance of victims without an attempt to equate war crimes. It is specifically the second approach that should be the way in which the culture of remembrance functions. Art has always been the easier way to learn about a difficult past. Although it frequently caused controversies, it also gave persons the freedom to interpret it the way they wish. Because art is free and it leaves it up to the spectator to interpret it. For this reason, the text is not focused on the quality of these two films, because that is a task for film critics. It rather focuses on the victims and messages that the public should hear.

However, some persons will always interpret films Dara from Jasenovac and Quo vadis Aida? as making it necessary to ”choose”. Maybe the reason for this is the fact that the films were screened at the same time and created such a situation. In essence, there is a great pressure in case of generations that have learned for the first time more about the genocide in Srebrenica or the Ustasha concentration camp Jasenovac as a result of these films, because learning through art can also be manipulated. Art should imply responsibility and showing accurate and verified events from the past without manipulating facts. Only such art can help our societies to face the war past(s). However, a divided society makes it impossible to see films as art and stresses the existence of catharsis only in case of one’s own people, not in case of other peoples. This is not strange, given the fact that there are divisions even in case of topics where there should be none, such as the procurement of Covid-19 vaccines. Why should art be an exemption?

The actress Milena Radulović publicly supported the Oscar nomination of the film Quo vadis Aida? and thus became a victim of hate speech, was called a traitor of her people, which happens often in such cases. Is Milena as an actress and public personality obliged to be biased on behalf of her people? Does she have to thank the people that supported her when she filed a rape charge against the drama professor Miroslav Mika Aleksić? Does this thankfulness have to be expressed through nationalism, through jealousy towards another film that absolutely deserves to be nominated?

Unfortunately, young persons continuously have to distinguish between the crimes committed by their own people and other peoples. They have to turn a blind eye to art and see films through the prism of their own people. And such a view is full of hatred, prejudice and nationalism. The actress Milena is just another example of how one is condemned by the public if he/she acts as a person and artist. Very few Croats know that there were also Croat victims among the victims of genocide in Srebrenica, and very few people know that Jews and other peoples were killed in Jasenovac. However, the focus is always on two peoples as two enemies and one side of the truth, depending on the people in question. Victims are put into categories and not seen as persons. They become mere representatives of a people dominated by another people. However, no matter how absurd this seems, the reason for this is not lack of knowledge, but rather a conscious attempt by one people to produce hatred against another people. Ethnic relativity should be part of the process of contemplation of an artwork. That requires putting oneself in another person’s shoes and critical thinking.

As opposed to this, there are groups in favour and against something, which is typical of the society of Bosnia and Herzegovina. However, what is impossible to prevent is the curiosity of a person to see a film. Sometimes alone, in silence. Because in such cases it does not matter who directed the film and whether there is a propaganda message. What matters in such cases are the human elements of a story that linger for days after one has seen a film. It cannot be said that politicisation of art will stop with an award or that the competition between these two films created in social networks will be less visible in the years to come. However, it is necessary to stress that a work of art is separate from its potential degradation as a result of populism. Aida or Dara, both of these films carry a message that an honest viewer will recognise.

Kristina Gadže is a journalist focused on human rights, post-conflict society and gender stereotypes. She holds an MA in Journalism and IT from the Faculty of Philosophy of the University of Mostar. She has also implemented various projects in the framework of which she worked as a journalist in the field and wrote texts. She cooperates with NGOs such as the Post-Conflict Research Centre (PCRC), Oštra Nula, and ONAuBiH. She is a member of the journalist association ”BH Novinari” and winner of their award for the best student work about work rights of journalists.