Home Contact About
Home David Tolbert: The Šešelj, Karadžić and Gotovina judgements have been disappointing 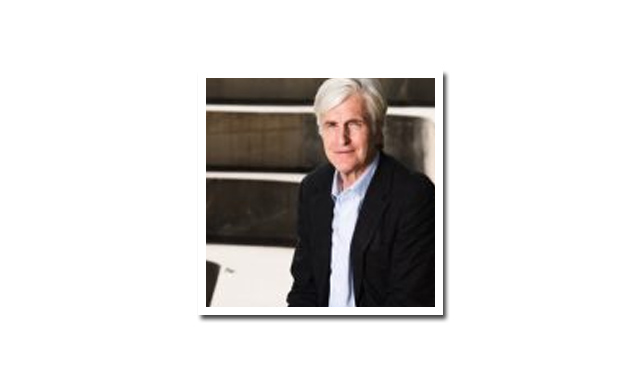 David Tolbert: The Šešelj, Karadžić and Gotovina judgements have been disappointing

I think the work of the ICTY presents a mixed picture. There has been much that has been accomplished, and some very important decisions and judgements have been arrived at that will stand the test of time and, I hope, make a difference to the victims and the historical record in the region and beyond.

We do indeed have to take into account that this is a court of law, and we are not going to agree with every decision. I think in a number of areas the Tribunal has done good work. I would note, in particular, the decisions regarding the genocide in Srebrenica and some of the groundbreaking rulings regarding  a whole host of areas, both in terms of criminal procedure and the development of substantive international criminal law. These are of great benefit to both the victims and peoples of the region, and also help ensure criminal accountability more broadly – says  David Tolbert in ‘Danas’. David Tolbert is President of the International Center for Transitional Justice (ICTJ), and former Deputy Prosecutor at  The Hague Tribunal. As he pointed out, in the work of The Hague Tribunal there have been some deep disappointments as well, such as the Gotovina Appeals judgement, the Perisic “specific direction” standard (which now seems to have been sorted out in a more satisfactory way in later decisions), etc.

Then again, the work of courts in every country disappoints, makes mistakes, even allows miscarriages of justice – continuess Tolbert.

Vojislav Seselj is a free man now. In your opinion, why did the Tribunal in The Hague pass such a judgment?

Fortunately, there will be an appeal in this case, and a chance for the Appeals Chamber to review the Trial Chamber’s judgement and overrule it. I do not find the judgement of the Trial Chamber to be persuasive, and I largely agree with the dissent in the case. I would note that this was a case in which some of the most serious charges were based on incitement (to commit the crimes charged) and these type of cases are difficult to prove. However, there have been convictions for incitement to commit serious crimes (genocide) in the ICTR, and taking these precedents into account, the decision at the ICTY was deeply disappointing. It is indeed a very difficult judgement to accept, particularly for the victims, but I think we should first see what the Appeals Chamber rules, and give it chance to address the errors in the Trial Court judgement, before we take a final view of the ICTY’s work in this regard.

Was  justice satisfied in the case of Radovan Karadzic, who was recently sentenced to 40 years in prison?

In my view, the judgement in the Karadzic case was, overall, quite solid. The Court did a good job of analyzing the facts and applying the law. I believe that the judgement will hold up historically and hopefully form the definitive version of those horrific events. I did find two areas of the judgement less persuasive. First, on the basis of my understanding of the evidence, I thought that the Trial Chamber would find that genocide had been committed in at least some of the Municipalities, as the evidence of genocide was strong. Moreover, in my view, if ever a conviction justified life imprisonment, it was in the case of Karadzic. I do not understand why a life sentence was not imposed, given the mountain of evidence that was produced and the gravity of the crimes. So, I was, like many victims and observers, surprised that the sentence was not a life sentence. Thus, I would strongly disagree with this aspect of the Chamber’s decision.

And what about  reconciliation in the region? Is it possible, after these judgments and the return of political parties from the 90s?

I think that reconciliation is a long-term process, and that the principal factor in achieving reconciliation is not going to come from a court’s rulings in The Hague. Some of the findings of the judgements are very important, and one hopes that they will become more widely accepted over time. What is ultimately most important is that denial ends, and that the states and political leaders take responsibility for the crimes which their predecessors committed, that they apologize, and that they pay reparations. Ultimately, the good people in each of the countries in the region need to stand up for the truth of what happened. The schools need to start  telling the truth about what happened in the region, not spreading propaganda. International tribunals can play a part by helping to establish the record, but ultimately it is up to the societies themselves to look at what they did and take responsibility. Not until this happens can we start to have reconciliation. This will take time and leadership. Willy Brandt fell to his knees  in front of the memorial to the victims of the Warsaw Ghetto. We need to see leaders who will do the equivalent at the memorials at Srebrenica. I think we need to see a very active civil society engagement to end the denial. In this regard, the ICTY judgements can play an important role, but first and foremost, the region needs Brandts and Mandelas to come forward and lead with the truth of what happened. Only then can we start to talk about reconciliation.

What are the plans of the ICTJ in the next period?

We continue to be very active at the ICTJ on many fronts. The ICTJ is providing advice and technical assistance in the Colombian peace process, which is bringing hope to an important country that has experienced a long and bloody conflict. We are working in Tunisia with the groundbreaking Truth and Dignity Commission and the special Human Rights Chambers. In the Great Lakes of Africa, we have brought together the ministers of justice and attorney-generals of the adjoining countries in the region to help ensure criminal accountability for perpetrators of horrific crimes. In the Middle East, we are working with civil society groups  to understand what steps  can now be taken to help address the heartbreaking (beyond words) displacement crisis – which affects not only this region but also parts of Africa and Asia.

I have just returned from discussions with senior African Union officials on the AU’s transitional justice framework, and have together with Kofi Annan launched the ICTJ’s and Kofi Annan’s joint report on Truth Commissions and Peace Processes, which we think will be very helpful to peace negotiators.

To conclude: what I miss most from my days at the ICTY is engagement with the people of the former Yugoslavia. Sometime the exchanges were loud and discordant, but I miss engaging with my many friends and sparring partners throughout the region. I hope to be back soon.