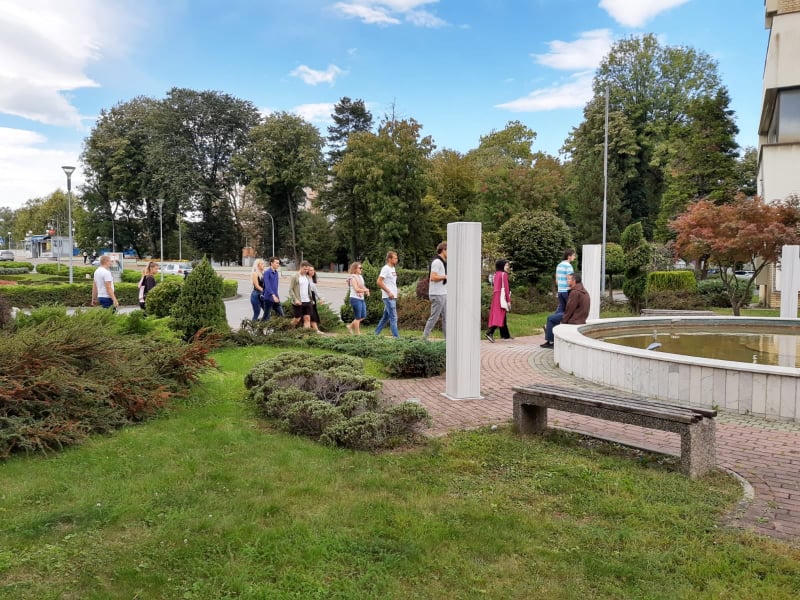 Empathy as a way of building peace in our communities

This is my first time to be here in Prijedor, to see the concentration camps and some of those monuments. Everyone in Bosnia and Herzegovina knows about the genocide in Prijedor but do they know the stories of the people from Prijedor, do they feel empathy for those people there? Probably not, because they cannot imagine what it must be like. We judge each other based on what? We don’t even know. The people who didn’t experience the War carry  most prejudices and hate of other ethnic groups. Why is it like that? Why do they hate although they don’t know anything about the War?

I’ve heard a story from a man who was in a concentration camp and survived. I was amazed and surprised by his thinking. He was in the camp and nevertheless he doesn’t hate anyone. It is because he knows how hard and how cruel the War was. The primary goal for everyone should be reconciliation with the past and peacebuilding. Empathy is a powerful tool in the peacebuilding process. Why does it matter? It can help to resolve conflict, reduce violence and promote mutual understanding. Empathy is the ability to recognize and understand the thoughts of another person. It is one of the best ways to build peaceful communities because its main goal is conflict resolution. So how can we influence the people in our country to become more empathetic?

It is a matter of raising awareness of the importance of empathy. People who spend more time with individuals different from themselves tend to adopt a more empathic outlook toward others.  Whilst we were in Prijedor, we visited the concentration camps. Before the visit I wondered what they looked like, because I couldn’t begin to imagine  even though I’ve heard a lot of stories about them. There is a huge difference between listening to stroies about the camps and being there.

​I think restoring historical monuments is of great importance because it is a reflection of our history. The existence of old monuments will help us observe the changes in societie,  to provide a  a better understanding of the reasons that lead to the development of cities,  societies and even traditions.. It can help us understand the history that occurred before we were born and to have respect for those who lived in different eras. The ability to feel empathy allows people to "walk a mile in another’s shoes," so to speak. It permits people to understand the emotions that others are feeling. If human existence was simply the result of “survival of the fittest,” we would be wired solely to dominate others, not to respond to their suffering. Our capacity to perceive and resonate with others’ suffering allows us to feel and understand their pain. Cognitive empathy must play a role when a lack of emotional empathy exists because of racial, ethnic, religious, or physical differences. I think that empathy has a key role in peacebuilding and reconciliation with the past.