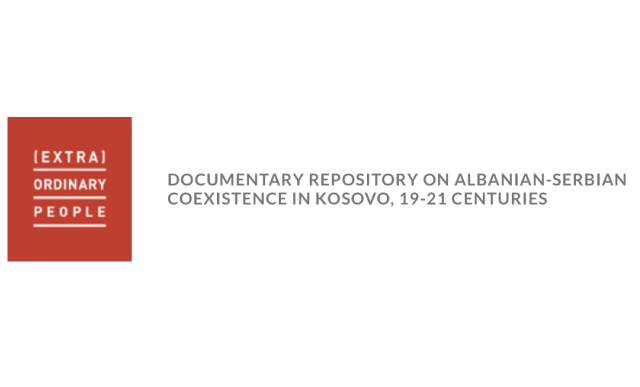 Center for History Studies and Dialogue

More than two decades after the Kosovo conflict, the Serbian-Albanian and Kosovar-Serbian relations are still portrayed by sinister metaphors like “Europe’s apartheid”, a “system of ethnic segregation”, a “frozen conflict” or “endless tariff war”. Regardless of certain improvements in the domains of bilateral relations, the protection of minority rights, and the political and proactive social participation of minorities at the institutional level in Kosovo and Serbia, mutual mistrust, and even animosity, still prevail in mass media, the mainstream historiography, and the (populist) political discourses. In general terms, the ethnic exclusiveness and the perceiving of interethnic relations almost exclusively through the prism of ethnically motivated violence have already been consolidated as a norm in both Serbian and Kosovar public. However, moving beyond this grand-scale context of politically driven constructions, one often finds contrasting perceptions among those who have actually experienced the reality of interethnic coexistence in Kosovo.

Rather than directly deconstructing the poisonous ethnocentric narratives, our work seeks at providing historical sources and giving voice to those ordinary people whose life accounts defy stereotypes and biases of their respective ethnic communities. Hence, our aim is to collect and make visible the positive and affirmative accounts on Serb-Albanian coexistence in Kosovo throughout the 19th to the 21st centuries. With our partner organizations in Kosovo (NGOs Aktiv and Center for Affirmative Social Actions from North Mitrovica, and Network of Peace Movement from Kamenica) we embarked on a process of gathering historical sources (archival documents, newspapers articles, photo documentation) and literature, and providing oral history accounts (interviews) documenting positive examples of interaction between the two ethnic groups. All these materials are available as a “Documentation Repository of the Albanian-Serbian Coexistence in Kosovo, 19-21 centuries” on the project’s trilingual (ALB/SRB/ENG) webpage. In 2021 our team already concluded a preliminary pilot project and a sample of field research as part of our activities on the project. The collected material and the general outcome of the pilot project have convinced us of the feasibility of the intended project activities and the overall project agenda presented in this project proposal.

It might prove misleading, yet our preliminary findings indicate significant levels of recognition and positive evaluation of multi-ethnic coexistence among ordinary Kosovar people living in ethnically mixed communities. This refers to their accounts of the situation in their neighbourhoods in the periods before, during, and after the conflict of the 1990s. We came across such affirmative reflections in the interviews conducted in Shtërpce/Štrpce, Prishtinë/Priština, Kamenicë/a, Mitrovicë/a, Ranilug/Ranillug, and Gjilan/Gnjilane. The interviewees, both Serbs and Albanians, told us striking stories about interethnic appreciation and cooperation that was taking place before, during, and after the conflict. The most valuable information refers to individual acts of interethnic help and support during the conflict; for instance, those epitomizing the courage and determination of those who risked their lives in order to protect or to provide a shelter for a neighbour belonging to the “enemy” group.

Our research sample might not fully correspond with the overall mindset of people in Serbia and Kosovo, yet due to the current ethnic segregation in Kosovo, most of these people had never actually experienced life in ethnically mixed communities. When focusing on interethnic relations in the ethnically mixed communities, for instance in Kamenicë/a, the levels of mutual recognition and respect seem to be higher when compared with their respective ethnic communities and their ethno-national elites, whose task should be to build up and maintain such general attitudes in their respective societies. At least from this underrepresented sample it seems as if two parallel realities coexist in modern Kosovo: one in which its citizens live as responsible individuals of civilian virtues and with the capacity for complex coexistence modes, and the other, in which the same people exist only within their own ethno-nationalistic collectives, burdened by hatred and distrust. We take that this “other reality” is nothing else, but a construct created by irresponsible elites that is to be disclosed and fought against.

Our NGO has already published two trilingual (SRB-ALB-ENG) educational brochures dedicated to 1) the Albanian-Serbian besa agreements (1906-1907) and 2) participation of Albanian and Bosniak recruits in the Serbian army during WWI. Both brochures deal with controversial issues from the common past of the region and they aim at providing multi-layered and multi-perspective inquiries into the Albanian-Serbian relations in Kosovo. The brochures combine an activistic and scholarly approac