Home Contact About
Home Is there a middle ground between war crimes denial and the peacebuilding process? 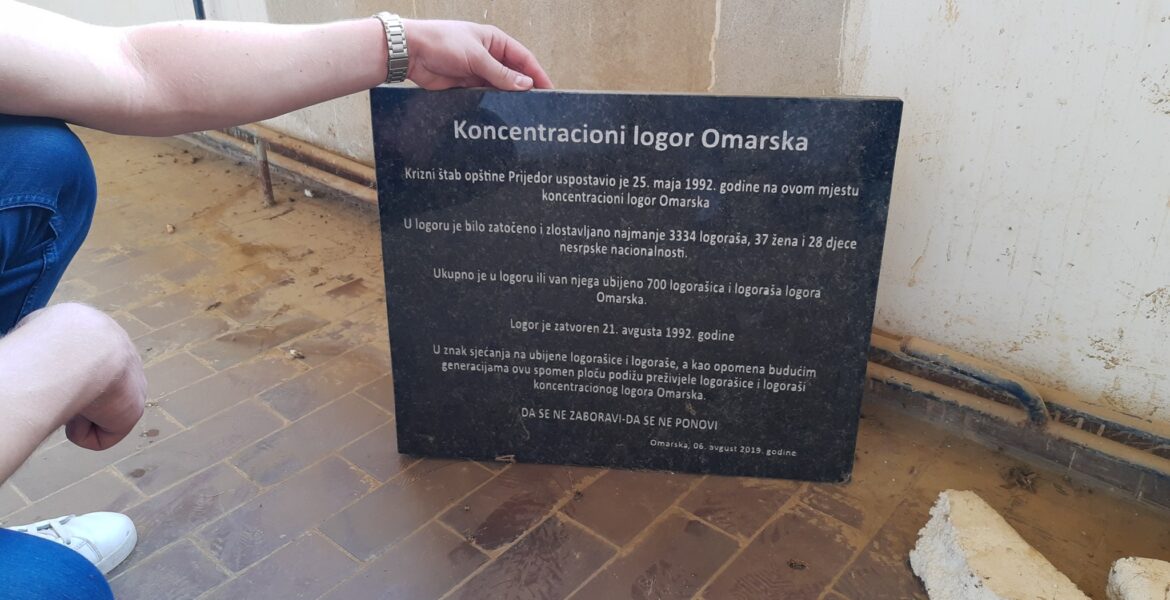 Is there a middle ground between war crimes denial and the peacebuilding process?

I am in Prijedor for the first time. The town which is set in north-western Bosnia had a tragic history during the war in Bosnia-Herzegovina between 1992-1995, when mass killings against the civilian population took place. It is hard even to imagine and visualize what residents of this town were thinking about when the soldiers with guns came to their homes, ordered them to step outside, enter the trucks, buses or trains and be taken to unknown locations. After that, mass killings and war crimes against the civilians took place.

However, I am also taking part in a peacebuilding project with a group of amazing people from all over Bosnia-Herzegovina. We are learning, discussing and figuring out the recent history of Prijedor. All of that made me think about something serious which I would sum up as: is there a middle way between war crimes denial and a peacebuilding process?

War crimes which occurred in Prijedor were some of the cruellest to take place between 1992-95. Concentration camps such as Trnopolje and Omarska, which we had the opportunity to visit, tell you what happened. Monuments around Prijedor, which have a role of rewriting history and creating a different narrative, will shock you. A few houses with people living in them will make you start thinking about the future of this town and the villages around it.

However, between those thoughts, there are some rays of light which are fighting against the darkness. You might know the story which says that no matter how much darkness there is out there, you cannot ignore one candle burning on the table. I also cannot neglect people who are fighting against war crimes denial. They exist, and they are working on peacebuilding. But what is peacebuilding after all?

Peacebuilding is maybe the crucial segment in post-conflict societies such as Bosnia-Herzegovina. Its intentions and aims should result in a more secure, open and healthier community. In Prijedor people are still working on peacebuilding. Although you can’t ignore all the bad things around you when you visit mass grave sites, when you witness destroyed houses or war flags flying, there is still something which shows you the other side of the coin.

That is the warm heart of a young man, the son of a fallen Serb soldier, who is fighting against war crimes denial, or an incredible attitude of a young woman, who is teaching school children how to play in drama workshops with the help of her best friend. No matter what you think there is nothing that we will all agree on, but there is a path we can all take and try to be friends. Because we all have a responsibility to make our society better, more prosperous and not to let children become the next generation of perpetrators. If we let that happen, we will all be guilty, and no one will be able to say, “I didn’t know about it”.