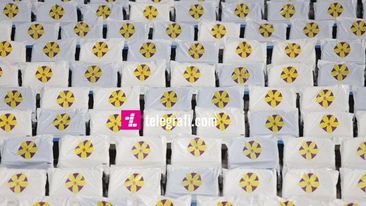 Life under the Stigma of Rape and Insufficient State Pension

The survivors of sexual violence during the war in Kosovo have fought for over two decades to be acknowledged the status of a victim but ever since the verification process has started many of them have received the status and one pension that does not suffice for their needs, especially health-related one.

Torn between the wounds in her body and soul, L.N, desperately awaits every end of month to receive her pension. Yet, the amount of €230 she receives as a victim of sexual violence during the war falls short of covering her expenses.

She says she barely manages to cover the food expenses for herself and the family with that pension, but there is nothing the medicaments.

“They think that those €230 are sufficient but that is not so," she says.

In 2014, the Assembly of Kosovo passed a law acknowledging the status of the survivors of sexual violence during the war in 1998-1999 in Kosovo. In 2017, the Government established a Committee to verify the applications and give them the status of victims.

However, L.N, says the biggest challenge for her is access to health care services.

War time caused grave health troubles, but the post-war period was another battlefield for victims like L.N, who face stigma, trauma, and the war for survival.

Mirlinda Sada, head of the organization “Medica Gjakova”, an NGO offering health and economic support to victims of sexual violence during the war in Gjakova, says she is managing a project that provides specialized health support to medical personnel that will work with this category of victims.

“For the moment, 16 doctors and medical technicians are being trained and they will go on to train another 100 doctors and nurses, so they advance in treating gender-based victims and victims of sexual violence during the war,” says Sada.

Based on the data of the Governmental Committee for Acknowledgment and Verification of the Status of the Sexual Violence during the War Survivors, 1,351 persons have applied for the verification of their status as persons raped during the war in Kosovo.

To date, of this number 1,133 cases have been handled and of them, 892 have earned the status, 241 applicants were rejected, while 148 victims are awaiting the review of their applications.

In most cases, the Committee asks for medical reports from the victims, especially the ones who were not previously registered as war victims.

However, most victims have hesitated to apply for this status.

Veprore Shehu, head of the organization “Medica Kosova”, another NGO that provides health and economic support to victims of the sexual violence says many victims hesitate to apply. “The problem is with the still high number of victims hesitating to apply. We should try to encourage more victims to apply,” says Shehu.

The process of verification for the status of the victim of sexual violence that enables victims to receive a pension does not give the status of a victim to those who died as a result of rape during the war or later committed suicide.

Based on the current pension scheme for victims of sexual violence they do not have the same benefits as the other war victims.

The main benefits that other war victims receive are family pensions, free healthcare service, priority in employment, and are relieved of court taxes, public taxes, including property taxes.

Another problem, according to Shehu, is that the process of verification is often traumatic for the victims. “Often, additional documents are required to support the event described in the application form, and often, they lack supporting evidence for the event such as a medical document or psychological report,” she says.

Victims, especially from the rural areas, encounter difficulties to obtain from the documents proving they received medical treatment as a result of rape from the medical centres that were established for the refugees in Albania, Macedonia, or Montenegro after they were sent away from homes.

Shehu says the victims who did not seek treatment or have no medical report risk rejection of their applications.

“Obtaining the status resulted in families finding out about the victims because they should justify why they receive those €230. Those who still keep rape a secret from their husbands or children do not apply,” says L.N.