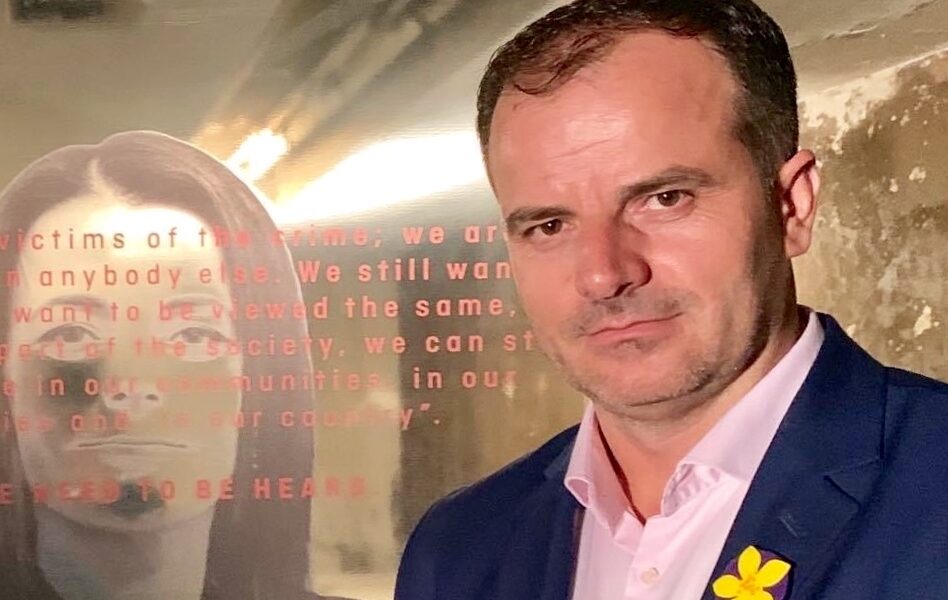 Politicians in Kosovo continue to accuse Serbia of genocide and atrocities committed during the war, even warning for lawsuits with the international tribunals. However, for more than two decades they have failed to establish a mechanism that would collect and document the committed crimes.

When his sister, a juvenile victim of sexual violence, filed the case with the prosecutor’s office right after the war of 1999 in Kosovo, Nafi Krasniqi had really believed that the testimonies of other women victims were being recorded. However, after more than two decades after, his sister Vasfije Krasniqi Goodman is among the very few who have testified although to date, sexual violence and other crimes have not been collected or documented in Kosovo.

Krasniqi, who leads the organization “Justice for All” says there has never been any serious initiative in Kosovo to research and document and committed crimes. “A genuine process of research and documentation could have taken place, even if its primary mission would not be justice but which at later stages could serve for that too,” says Krasniqi.

According to Krasniqi, it is paradoxical that Kosovo still has no verified and official sources for many crimes committed during the war. “There are no accurate and official data. Often, for different crimes there is unverified and unofficial information,” says Krasniqi.

In a renewed attempt, the second within this year (2020) at the Government level, a working group has been established and tasked with the duty to prepare an analysis that would help with the establishment of the Institute for the Research of War Crimes, two years following its closure for reason of “inefficiency”.

In May 2020, the Ministry of Justice created a preparatory team to conduct an analysis to establish a new Institute for the Research of War Crimes, because a previous attempt, initiated nine years ago, was overturned by closing down the institute based on the justification that it failed to generate significant results.

At the time this team was created, the Government was led by the outgoing Prime Minister Albin Kurti, and with the Government going, the composition of the preparatory team was also dissolved.

In October 2020, the Government established for the second time a working group to conduct an analysis of the preparatory process for the establishment of the Institute for Research of War Crimes.

According to the Ministry of Justice, this working group shall be tasked with conducting an analysis for the possibility of establishing this Institute and identifying the practices that can be used in the case of Kosovo.

Also, according to the Minister of Justice, the tasks of this group include the identification of best comparative practices and to reflect the elements and specifics that may be involved in the case of Kosovo.

More than a decade after the end of the war of 1998-1999 following the air raid by NATO that ended the Serbian regime in Kosovo, in 2011 the Government of Kosovo established the Institute for the Research of War Crimes under the auspices of the Ministry of Justice. The Institute was mandated to research, collect, process, classify, and archive information on crimes committed during the war in Kosovo.

Seven years later, the institute was deemed incapable of fulfilling its mandate, although the former head of this Institute, Ismet Salihu, says there were results despite the serious lack of funds and staff.

Salihu says such research and documenting mechanism is necessary in Kosovo. “There is no time to lose, as the re-establishment of this institute is necessary. It should work with enhanced capacities to manage the research of all crimes committed during the last war in Kosovo,” says Salihu.

He says the Institute should be urgently re-established and that it needs qualified staff and optimal working conditions. “Within 5 years the establishment of crimes should be completed, and the War Museum to be opened under the auspices of the Institute,” he adds.

When by decision of former Prime Minister Ramush Haradinaj it was decided to dissolve the Institute for War Crimes, it read that instead of the Institute, a Department for Transitional Justice would be established under the auspices of the Ministry of Justice. This has not yet happened.

The Ministry of Justice has warned that if the Institute for the Research of War Crimes will be established, it will differ from the previous institute, albeit without providing any detailed information on its new format.

The politicians in power in Kosovo continue to accuse Serbia of genocide and atrocities committed during 1998-1999 and have even warned several times they will file lawsuit with the international tribunals. However, for more than two decades they have not succeeded in collecting and documenting the crimes committed by the Serbian forces.

Salihu, at whose time the Institute for the Research of War Crimes had a team of six persons only, says the closing down of the Institute was one of the biggest mistakes of the Kosovo authorities. “If this Institute had been established in 2001 as it should have rather than in 2011, only to be closed down again, now we would have all crimes documented,” says Salihu.

For less than 7 years of work, the previous Institute for the Research of War Crimes published nine monographs on the rate of murder during the war, the missing persons, economic damages, and the destruction of cultural heritage.

The war victims and their relatives await to see the crimes documented fully and impartially, excluding ethnic and political bias.

Xhevat Qorri from Drenas, who has lost four family members during the war: his brothers and his mother, says the establishment of the Institute of War Crimes and documenting war crimes independently should have been a duty of priority for the state and society.