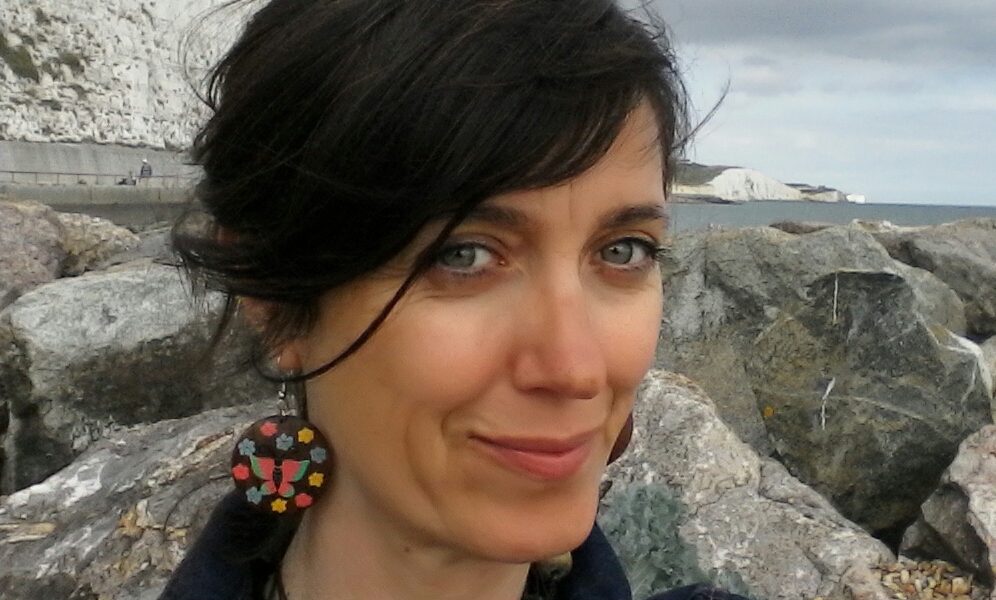 The intensive geopolitical, social, and cultural changes that have marked the last two decades of the turbulent 20th century and the equally dynamic and dramatic start of the 21st century have followed closely the rapid development of information and communication technologies and of the globalization process. Numerous theoreticians in the fields of social sciences and humanities point out the importance of some events that have marked the end of the 20th century, which also heralded changes on a global level. The French historian Pierre Nora calls this the “commemoration era”. On the other hand, the German Anglicist and cultural anthropologist Aleida Assmann calls it “a transformation of the regime of the modern times.” According to Nora, the “commemoration era”, or rather the change in relation to the past, began in France in the 1970s, and was followed by: the fall of the Berlin Wall; the collapse of the Soviet Union; the “rebirth of memory” in Eastern Europe, the fall of military dictatorships in Latin America; the end of the apartheid in South Africa, and the work of the Truth and Reconciliation Commission.[1] Similarly, like in Germany (A. Assman), these changes were noticeable in the 1980s and in our context. In that period the economic and political crisis that shook the Socialist Federal Republic of Yugoslavia was followed by an intensification of antagonistic discussions and (ethno)nationalism, which culminated in a “media war” that preceded the wars in Slovenia (1991), Croatia (1991–1995), and Bosnia and Herzegovina (1992–1996). A resident of the besieged Sarajevo, who in the 1990s, allegedly in a conversation with a journalist, evaluated the fall of the Berlin Wall as a good thing but concluded that the Berlin Wall “unfortunately ‘fell on our heads’”, summarized in an interesting way the changes that followed the fall of the Berlin Wall in 1989 and their effects on the local and global level.[2]

While reflecting on the radical change in the attitude towards the past, which in this period occurred in all segments of all societies around the world, Pierre Nora lists some of the various forms in which this change manifested itself: criticism of the official version of history and the return of those areas of history which were previously suppressed; demands for signs of the past which was previously suppressed and confiscated; increased interest in genealogical research and the search for ‘roots’; all types of commemorative events, as well as new museums; renewed sensitivity and awareness of the importance of keeping and opening archives for public consultations; a growing connection with heritage.[3] Regardless of how they were combined, concludes Nora, these forms or worldwide trends establish close connections between respect towards the past – real or imagined – and a feeling of belonging, collective consciousness, and individual self-awareness, memory and identity.[4]

Similarly, the German Egyptologist Jan Assmann points to the connection between time, identity, and memory within their three dimensions: personal, social and cultural, which he unites under the term cultural memory.[5] Jan Assmann simplifies the complex relationships between these aspects by explaining that our memory enables us to live in groups and communities, and living in groups and communities enables us to have a memory.[6] Our memory, which we have as human beings, stresses Assmann, exists only in constant interaction, not just with other human memory, but also with things, external symbols, various artefacts, objects, anniversaries and landscapes.[7] As groups in themselves have no memory, they try to imagine themselves through things, fixed points in the past, which work as reminders – monuments, museums, libraries, archives and other mnemonic institutions. Aleida and Jan Assmann differentiate between the concept of cultural memory, which they define as institutional, external, and which relates to a relatively stable type of memory, supported by institutions for education, transmission and interpretation; and communicative memory, which is not symbolized in a material sense, but lives in daily communication and interaction between contemporaries, in oral traditions, and includes three generations at the most. Additionally, Aleida Assmann emphasizes that cultural memory cannot be equated with national memory, bearing in mind that cultural memory is a much broader concept, which spans millennia and cannot be put under the control of the government, while national memory is a modern concept from the 19th century, from the time when European nations constructed a new kind of collective identity.[8]

Changes in museum practices around the world, along with the changes toward museums that are increasingly facing different challenges, are a good example of the consequences of radical changes in relation to the past, which resulted in the actualization of the concept of memory – being increasingly used as a substitute for the concept of history.[9] At the global level, these challenges are noticeable through the chronology of the work of the International Council of Museums (ICOM),[10] and particularly in the work of professional associations of museum experts. Their constant efforts to actively maintain relations with the wider community and respond to the needs of the present are palpable. This is confirmed by the recently held 26th general conference of ICOM[11] with the central theme “The Power of Museums”[12], where the international committees gathered around ICOM adopted a new definition of a museum: “a museum is a not-for-profit, permanent institution in the service of society that researches, collects, conserves interprets and exhibits tangible and intangible heritage. Open to the public, accessible and inclusive, museums foster diversity and sustainability. They operate and communicate ethically, professionally, and with the participation of communities offering varied experiences  for education, enjoyment, reflection and knowledge sharing”.[13] In that sense, this new definition of museum will be interpreted by diverse communities depending on the cultural, political, and historical context in which those museums exist.  Keeping in mind the complex organization of the country and antagonistic politics of memory that define the war-divided society of Bosnia and Herzegovina, the question is: to what extent can museums in Bosnia and Herzegovina follow the suggested direction of action pointed out in this definition, as well as the actual motto of ICOM: “Museums have no borders, they have a network”[14]? These questions are very important, especially because of the fact that the war in Bosnia and Herzegovina was also a war against the culture of Bosnia and Herzegovina, which is evidenced by the systematic destruction of cultural heritage and the ‘guardians’ of cultural memory – museums and libraries, which were literally and symbolically on the front line during the wars of the 1990s, as well as the (post)war (ethno)politics of culture and education. On the other hand, during the siege, citizens of Sarajevo risked their lives, and many even gave their lives, to save valuable museum collections and books from the demolished museum buildings or books from burning libraries. During the war, some enthusiasts imagined and conceived new museums and initiated processes of creating the collections for new, imagined museums. With these original ideas and practices, they all responded to the brutality of war with empathy and solidarity and drew the horizons of a more humane world in the long dark nights of the City under siege.

With an increased interest in commemorations, and a focus on the wars of the 90s, the earlier wave of memory, which flooded the world in the 1980s and 1990s, also hit the wider post-Yugoslav area, including the context of Bosnia and Herzegovina. The new alliances of memory that were formed in this process and continuously strengthened by the establishment of memory committees were also supported through the work of some museums in Bosnia and Herzegovina and in the wider post-Yugoslav area, whose activity contributed to deepen the divisions imposed by war through historical revisionism, and the falsification of history, instead of a responsible contribution to the process of dealing with the past. It is precisely in the relation to the process of building peace and trust after the war in Bosnia and Herzegovina that we can talk about multiple roles of different museums in Bosnia and Herzegovina, among which we can also distinguish museums whose work transcends the narrow, antagonistic, (ethno)political frameworks of memory and whose work in the post-war Bosnian context opens space for dialogue and contributes to the process of responsible dealing with the past.

It is interesting to mention here other cases that we can unite under the title “museums in waiting”, which relate to the Museum of the Siege of Sarajevo (FAMA collection)[17] and the Museum of Contemporary Art Ars Aevi.[18] Both imagined museums with valuable collections were conceived at the very beginning of the siege of Sarajevo, and today – in spite of the efforts of the teams working on promoting these collections and detailed plans for the construction of the buildings – neither of these two museums has been built. One part of the Ars Aevi collection is open to the public in the building of the former National University Library of Bosnia and Herzegovina, now the seat of the City Council and the mayor of the city of Sarajevo. Numerous challenges and the lack of necessary support for the construction of these two museums do not affect the availability of the Ars Aevi collection, which is considered one of the most important collections of contemporary art in Southeast Europe, as well as the FAMA collection, which focuses on educational work. Both collections are digitized and available to the general public.

The examples of the FAMA and the Ars Aevi collections, as well as the continuous work of a significant number of museums in Bosnia and Herzegovina, such as the History Museum of Bosnia and Herzegovina, in spite of the lack of support for their work, in collaboration with the community continue to develop interesting and inspirational programs, partially giving answers to some of the previously raised questions about the possible role of the museums in (post)war Bosnian society. Through these examples we can recognize various, long-term, imaginative practices, some of which initially were a response to the destruction of war, and which, even in the years after the war, showed that museums can be spaces of hope and open spaces that, through their work, exceed imposed boundaries and connect people, time and creative ideas – in times of war, as well as in the period of recovery of societies from the war.

[3] Pierre Nora, „Reasons for the current upsurge in memory“

[5] Cultural memory is a theory, that is, a scientific field founded in the 1990s by Aleida and Jan Assmann.

[10]Founded in 1946, after the Second World War, ICOM faced various challenges in the 1970s, which are described on the official ICOM website as years of crisis and transition in which new types of museums appear. Let’s remember that this is the period that Nora describes as the beginning of a change in attitudes towards the past.

[12]  ICOM, ‘The Power of Museums’; International Day and European Night of Museums in Bosnia and Herzegovina under this motto of ICOM was held from May 14 to 18, 2022; http://www.mcp.gov.ba/Publication/Read/medjunarodni-dan-i-evropska-noc-muzeja-u-bosni-i-hercegovini-14-18-maj-2022-godine?pageId=27&lang=hr.