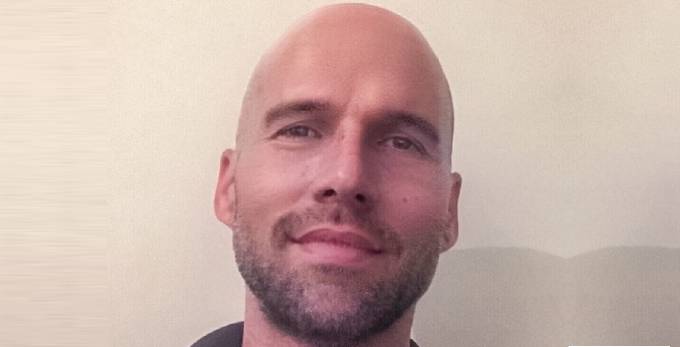 On the Bulgarian Claims on the Macedonian Ethnic Identity and Language

This text is a brief overview of Bulgaria’s claims on the Macedonian ethno-linguistic identity (i.e., the origin of the Macedonian people and language). The conflict over the ethno-linguistic identity of the Macedonian people living in the wider Macedonia region (in today’s North Macedonia, and parts of Bulgaria and Greece) has been brought to the fore – both in the EU and more generally in international affairs – by Bulgaria’s recent double veto for the beginning of North Macedonia’s accession talks with the EU.[i] Although this episode appears to have come out of the blue, in reality, the conflict over the origin of the Macedonian people and language is a protracted one, tainting the relations among states and peoples in the southern Balkans for the better part of the 20th century and into the 21st century.

How the bilateral issue became internationalized

The issue rose to prominence outside of the bilateral Macedonian-Bulgarian scope when it became evident that the EU would recommend a start of accession talks for North Macedonia’s EU membership in 2019-2020. The two countries had previously signed a bilateral Friendship Treaty in August 2017, according to which both countries were to set up an interdisciplinary committee on historical and educational issues “to contribute to the objective, based on authentic and evidence-based historical sources, scientific interpretation of the historical events.”[ii] The Committee, consisting of seven experts from each side, was set up soon after the signing of the Treaty, and has been meeting from four to six times a year thereafter. However, in the past three years it has been unable to find a common ground on the historical interpretations of events and personalities from the histories of the two nations. Bulgaria has used the stalemate in the Committee as grounds for its subsequent use of the veto in the European Council for Macedonia’s start of EU accession negotiations. In other words, Bulgaria has rationalized its veto use on the grounds of North Macedonia’s alleged non-compliance to the Friendship Treaty due to lack of results by the interdisciplinary committee.[iii]

However, it appears that Bulgaria’s official stance toward North Macedonia has radicalized since 2018, after North Macedonia and Greece signed the Prespa Agreement under the auspices of the United Nations, which resolved the three decades-long dispute that had been instigated by Greece in 1991. The Agreement acknowledged the existence of the Macedonian language and the right of North Macedonia’s people to call themselves Macedonians, including their cultural, historical, and linguistic distinctiveness.[iv] This development seems to have irked Sofia as it did not bode well with its own claims that the Macedonian people and language were really a derivative of the Bulgarian ethnic stock. In October 2019, Bulgaria almost unanimously passed a parliamentary declaration about its stance on the issue of EU enlargement and the Macedonian identity. Among other things in the declaration, Bulgaria asserted that it categorically opposes the “eventual European legitimation of a past ideology with an anti-Bulgarian character,” and the “rewriting and appropriation of history of the part of the Bulgarian people after 1944, which is the pillar of the anti-Bulgarian ideological construction of Yugoslav totalitarianism.”[v] The declaration also demands that North Macedonia renounce any idea of a Macedonian ethnic minority on the territory of Bulgaria.[vi]

Although the declaration does not explain what it means by “anti-Bulgarian ideological construction,” the explanation was contained in the so-called “Framework Position for EU Enlargement and the Process of Association and Stabilization: Republic of North Macedonia and Albania” issued by Bulgaria’s government the day before the adoption of the parliamentary declaration. This framework position contains a long list of demands for North Macedonia to fulfil if it wants to get Bulgaria’s approval for EU negotiations. Among the many stipulations, it demands that North Macedonia remove any plaque commemorating events from the Second World War containing the phrase “Bulgarian fascist occupier,”; that the EU documents use the phrase “official language of the Republic of North Macedonia” (instead of Macedonian language), and if the term “Macedonian language” is by any chance used, it should be clarified that “the linguistic norm in the Republic of North Macedonia is tied to the evolution of the Bulgarian language and its dialects in the former Yugoslav republic after their codification in 1944.” Moreover, the so-called “explanatory memorandum” that Sofia sent to all other EU member-states, states that “following Second World War the overwhelming majority of [todays North Macedonia’s] Slavic population used to clearly self-identify as Bulgarian,” and that “Belgrade tried to eradicate the Bulgarian identity of this population.”[vii] It then continues to assert that “a Macedonian language or ethnicity did not exist until 02.08.1944.” [viii]

What Are the Rationales for Bulgaria’s Position?

Bulgaria’s mainstream political and academic elites often claim that the population itself in today’s North Macedonia had been self-identifying as Bulgarian in the 19th and 20th centuries, up to the Second World War when the new identity took hold based on communist repression and intimidation. In fact, it is very problematic, to say the least, to speak of a clear Bulgarian ethno-national identity and self-identification in the 19th century in either today’s Bulgaria itself or in Macedonia. The term “Bulgarian” had been used historically (and it must be emphasized that this term has not been used exclusively, but occasionally) to denote varied Slavic speaking populations during the Ottoman period. But, when it comes to self-identification of these populations, there is little – if any – evidence to claim that these populations had commonly expressed an ethnic Bulgarian identity. The process of nation-building in Bulgaria only really occurred after the creation of the Bulgarian principality in 1878 and of its state institutions, including the spread of universal education, military conscription and other state-building practices. Shortly before the creation of the Principality, the Bulgarian Exarchate was created, which also provided means for a creation of Bulgarian consciousness. As the Belgian historian Raymond Detrez (2020) explains, acquisition of national consciousness is not a mass phenomenon, but an individual psychological development as it results from socialization, imposed by various educational, administrative, and repressive means. Thus, he asserts that “in the 19th century Ottoman Empire… such nationalizing measures were… lacking; in addition, a multitude of national ideologies and various other (regional, vocational, social and cultural) loyalties competed.”[ix] Contrary to the claims of the official Bulgarian narrative that a Macedonian identity only emerged after the Second World War, Detrez claims that in the second half of the 19th century there had been “the first convincing indications of the emergence of a Macedonian national ideology, which Bulgarian historiography as a rule passes in silence.”[x]  This is echoed by other historians outside Bulgaria. For instance, Katrin Bozeva-Abazi writes that people in Bulgaria came to identify with a Bulgarian nation as it was a process stimulated and completed by the Bulgarian state. It was the state that “accelerated the emergence of common national identity, not vice versa…” and it was the “… Bulgarian political elites of the late nineteenth century that ‘reconstructed’ the period of national awakening.”[xi] Moreover, even after the creation of the Bulgarian state in 1878, Abazi contends, “national loyalty continued to be a vague, even a weird notion to the majority of… Bulgarian peasants.”[xii]

In summary, the recent internationalization of the Bulgarian claims on Macedonian ethno-linguistic identity (through its abuse of its right to veto North Macedonia’s start of EU accession talks) are based on long-standing Bulgarian policies designed to deny the existence of a separate Macedonian ethnic identity and language. These policies have been consistent at least since the 1960s[xiii] and have been embedded in Bulgaria’s positions when dealing with the “Macedonian question.” The motives behind these policies are complex. On the one hand, they lay in the mythologized vision of a millennium-old Bulgarian ethnic identity that has been forcibly and violently separated through the intervention of communists and the Yugoslav leader Josip Broz-Tito personally. On the other hand, these claims have been a component of the Bulgarian nation-building processes since late 19th century and have continued both through conscious efforts and historiographic legacies and inertia. The underlying objective of this denial today, it appears, is to “re-engineer” the Macedonian ethnic identification into its “true Bulgarian self” through the process of North Macedonia’s EU accession and through imposing educational curricula in North Macedonia based on this Bulgarian mythologized vision of the millennium-old Bulgarian ethnic history. Such historical interpretation is not only implausible but also unsustainable both from a political and a historical perspective.

Ognen graduated at the Faculty of Philology at the University Ss. Cyril and Methodius in Skopje and earned an MA at the Denver University as a Ron Brown Fellow of the US Government Ognen earned his Ph.D. at the Queens University in Canada as a Fellow of the Canadian Government under the Ontario Trillium Scholarship and the Canada Vanier Graduate Fellowship.

[ii] United Nations, “Treaty of Friendship, Good-neighbourliness and Cooperation between the Republic of

[iv] This is stipulated under Articles 1 and 7 of the Agreement.