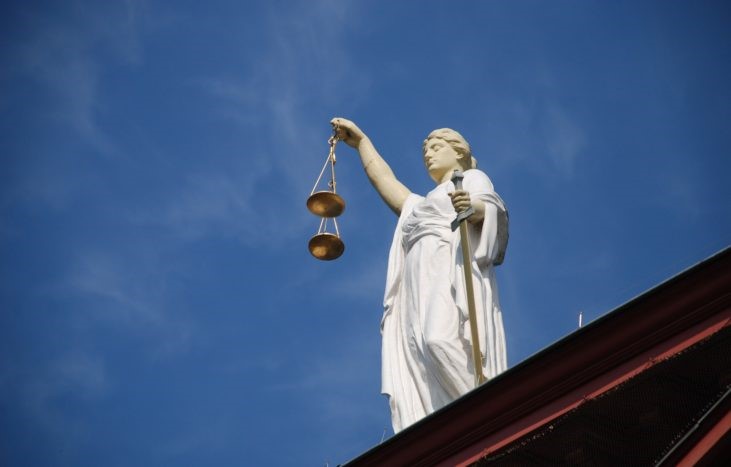 More than three years have passed since the signing of the Prespa Agreement, which ended the 25-year long dispute between Greece and North Macedonia that had disrupted the bilateral relations between neighbours for decades. Macedonia officially became the Republic of North Macedonia, and Greece lifted the blockade of Macedonia’s NATO membership, ratified the protocol, and as a result, the country has now been a member of the North Atlantic Alliance for two years.

The initial period of enthusiasm for the implementation of the Agreement was characterized by strong international approval and support and widespread coverage of the issue by the international media. Part of the international and domestic public quickly assessed this agreement as: “A historic agreement, a victory of reason over nationalism, an example of political courage and vision.” During this period, the two governments organized a number of bilateral meetings and signed memoranda and bilateral agreements in various fields in less than two months after the ratification of the Agreement.

This initial period of enthusiastic implementation of the bilateral agreement was followed by the failure of the European Council to start accession negotiations with N. Macedonia in 2019, which coincided with the parliamentary elections in Greece in July 2019, two moments that changed the general context, affecting the pace of the implementation.

In North Macedonia, the Government of Zoran Zaev remained committed to implementing what was considered as their greatest foreign policy success which unblocked its NATO and EU accession. But, it inevitably became less enthusiastic after the disappointment in June and especially in October, when EU member states failed to reach unanimity on opening accession talks with North Macedonia, and the French veto sparked further frustration with the implementation of the agreement. This development had caused disappointment among the public, which had already criticized the slow pace of implementation of the Agreement by the Greek side, as well as the excessive commitment of the government to please the Greek side and the international community, which was being significantly selective on what parts from the agreement it implemented. The public reproached the Government that in all that “ecstasy” with the agreement, it forgot to solve its domestic problems.

The reappointment and adjustment of the Government in Greece in terms of its policy and new commitments and relations with North Macedonia were also not entirely smooth; on the contrary, the New Democracy-led government was quite nervous and uncomfortable on many occasions, including during bilateral high level meetings, especially in the implementation of the Prespa Agreement. There have been a number of delays in the implementation of the obligations of the Greek side in several areas, such as the adoption of bilateral agreements, the appointment of new members of the Interdisciplinary Committee for Textbooks, reactivation of the International Group of Experts on Trademarks, etc. The New Democracy-led Government in Greece, while gradually adopting a more positive attitude towards the Agreement than the one it had when it was in opposition, was still more cautious regarding the implementation compared to its predecessors.

Recent research[1] by ELIAMEP’s South – East Europe Program in cooperation with Democracy ‘Societas Civilis’ from Skopje for public opinion in N. Macedonia and Greece on the prospects of the Prespa Agreement, shows that in most cases the two publics share the same views on certain issues, and similar (in some cases identical) understandings of the way forward and what to do next. 57% of the respondents in Greece agreed that the Agreement was a compromise that had to be made, as opposed to 47% of their like-minded citizens from N. Macedonia. The prevailing view is that N. Macedonia made greater sacrifices, compared to Greece. At the same time, almost identical percentages of the public in both countries believe that the agreement undermines the national interests of their countries (48% vs 47%).

However, the majority of citizens of both countries recognize the importance of ending the decades-long dispute and accept that resolving it was a compromise that had to be made. The majority of the Macedonian and Greek public support the idea that the Prespa Agreement has strengthened peace and stability in the region, and although there are still grievances and oppositions, the necessity of the agreement is still understood.

What has been implemented?

It was more than clear that the implementation of the agreement will not be a quick and “painless” process and that it will take time and effort, a lot of political will, but also tact and wisdom in “presenting” the changes to the public. The dynamics of the implementation, given the changes, circumstances and priorities (internal issues and problems, COVID 19 pandemic) in both countries can be assessed as satisfactory, by emphasizing that the implementation does not have the same intensity in both countries and that Greece is still more inert in fulfilling the undertaken obligations, despite the “zeal” on the Macedonian side to satisfy and implement everything that has been prescribed.

Greece has fulfilled the most essential part of the agreement – support for NATO membership and support for EU membership. Namely, Macedonia officially became the Republic of North Macedonia, and Greece lifted the blockade of Macedonia’s membership in NATO, ratified the protocol and for more than a year and a half the country has been a member of the North Atlantic Alliance. Various cooperation agreements and memoranda were signed. Liaison offices in Skopje and Athens, which were at that level since the country’s independence over the name dispute, were quickly raised to the level of embassies by both countries.

The Macedonian side, in spite of the name change, replaced all the signs and boards on which the Republic of Macedonia was written. On the monuments depicting heroes who, as stated in the Treaty, “refer to ancient Hellenic history and civilization”, plaques were placed with explanations and the symbol of the Vergina sun was removed, as provided in the same text. The country made changes to the names of most state institutions and organizations (museums, national television, art institutions, etc.), as well as to the names of certain roads and streets. The change of the personal documents with the constitutional name is in progress, a process that according to the agreement should be completed by 2024.

On the other hand, Greece still has not changed the traffic signs and boards and has yet to ratify the memoranda from 2019, which refers to the economic cooperation between the two countries, acceleration of Macedonia’s European integration and air traffic control. Questions about trademarks and trade names remain open, as well as the issues that need to be addressed by the Commission on Education.

The future of the Prespa Agreement?

The parties solemnly agreed that the Prespa Agreement should “remain in force indefinitely” and be irrevocable, pending the amendment of Article 1 (3) in relation to the new name (Article 20 (9) of the Prespa Agreement), which is a bold language, but still has more political context and context of political will and interest, and less legal effect. The truth is that legally this agreement, like any other agreement can be terminated at any time. But, the question arises as to whether it is in the interest of either side to take that step and whether either side would decide on such a step, after so many years spent in dispute, negotiations and so much effort to resolve this issue. The efforts and influence of the international community can be added here, and the international community will always exert pressure when it comes to the implementation of this agreement.

The agreement is often called into question in the context of its compliance with international law. Three basic principles that were violated during the conclusion of the Prespa Agreement have been pointed out, namely: the principle of equal rights and self-determination of peoples, the principle of sovereign equality of states and the principle of prohibition of interference in the internal affairs of states. These are fundamental principles with a Jus cogens character. There are also opinions that the agreement goes against Article 53 of the 1969 Vienna Convention on the Law of Treaties, according to which agreements contrary to Jus cogens norms are invalid from the beginning.

But, over the years, it has been shown that law is on one side and politics and diplomacy are on the opposite side. Often, the side of politics and interests prevail, at the expense of law. In some cases, it can be a reasonable solution and the only way to a greater good and higher meaning in the future is to abandon the form, and focus on achieving the essence. It remains to be seen if this will be the case.

What will be the future of the Prespa Agreement remains to be seen. Agreements, as well as relations between the two parties are living processes; they have their ups and downs, variations in intensity, and they are subject to influences and depend on the given circumstances. It is important to have reason, understanding and sense when it comes to all the problems and challenges and new circumstances that this agreement might encounter and the wisdom to resolve them, of course if they can be solved, and naturally not at all costs.

Dushica Nofitoska is a lawyer, who passed the European bar exam and completed her master’s studies in International Law and International Relations. She currently works at the Macedonian Young Lawyers Association.