Home Contact About
Home Role of Social Media in the Affirmation of Revisionism, Re-writing the Past and the Culture of Forgetting 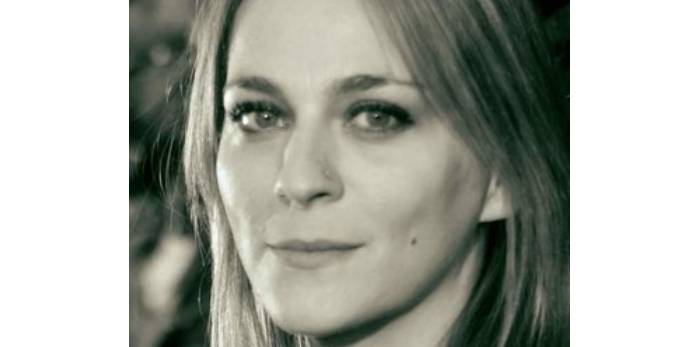 Role of Social Media in the Affirmation of Revisionism, Re-writing the Past and the Culture of Forgetting

Social media is a powerful tool of the 21st century. Although its positive aspects are immense, it is often abused and used for propaganda and manipulation. A large amount of lies, disinformation and insinuation reach great numbers of people through social media networks. This is especially true of Twitter and Facebook, where problematic interpretations of the past are affirmed, especially relating to World War II (WWII) events, but also those of the last war in Bosnia and Herzegovina. This only serves to strengthen the dominant narratives of all three warring sides, each one attempting to dehumanize the other side whilst declaring itself an absolute hero.

Online portals are worth particular mention, and the exact number is unknown in Bosnia and Herzegovina (BiH) because there is no common media register. Anyone can create a media portal, to write and promote whatever they like. Another problem in BiH, is that social media platforms, which contain hate speech, offensive language and provocations, are not defined as public space. Hate speech and threats made in this virtual space are not treated in court as those expressed in public space. Admittedly, Republika Srpska does have a Law on Public Order and Peace, established in 2015, which defines the Internet as public space. However, despite the law stipulating sanctions for anyone in breach of this law, it seems that the situation with online hate speech and threats hasn’t changed.

In recent years, the region has been gripped by a wave of revisionism that is seeking to re-write WWII narratives. We are bearing witness to the glorification of the Chetnik movement, now likened to the People’s Liberation Struggle, and positive depictions of the Independent State of Croatia (ISC), a WWII puppet-state backed by Nazi Germany and Italy. Affirmative stories are emerging about the respective leaders, participants and sympathizers of these movements and quasi-states.

Ethno-national divisions in the population of Bosnia and Herzegovina certainly contribute to this phenomenon. Textbook politics, introduced during elementary school, teach children from an early age to acquire the dominant opinion of the nation they belong to. We have completely different textbooks for so-called national groups of subjects, and sometimes history lessons have almost nothing in common with those in other national groups.

A number of pages and groups on Facebook exist solely to promote nationalistic content and are dominated by hate speech against other nationalities. They are run by anonymous groups and individuals, tasked with the daily posting and sharing of unsubstantiated content, which is presented as verified information. Judging by the number of comments, shares and likes, some people believe this content is the irrefutable truth. These pages, for example, glorify the ISC, advocate for the reestablishment of Herzeg-Bosnia, post affirmatively about the Chetnik movement and its leader Draži Mihailović, or support criminals from the last war.

Let us recall the time when the convictions for war crimes and crimes against humanity were announced for Ratko Mladić and Radovan Karadžić. Social media became a battlefield, with users spitting insults and curses. Journalists from Republika Srpska further contributed to this by ignoring established court evidence and whole sections of court rulings, instead taking on the role of  supporters of the characters and actions of these two war criminals. An atmosphere of chaos reemerged online, emphasizing that leaders and authorities of only one side or nation were being called to trial for war crimes, despite both verdicts (first Mladić’s, then Karadžić’s) being backed by solid evidence. Some Facebook users even changed their profile pictures to those of Karadžić or Mladić, as a sign of support, calling them heroes of the Serbian people.

From this, it is quite clear that most of the population in BiH and the region are not fact-checking their information or reading evidence from the verdicts. Instead, they follow the mentality of the herd, seeing everything as a conspiracy against their people, or as an alleged threat to or suppression of their tradition and history.

In short, we could argue that culture of remembrance of one nation is focused exclusively on the events in which its people are remembered only as victims or liberators. Different commemorative practices and monument cultures are then used to extend that memory to future generations. Commemorations, whether to remember civilian casualties of war, or to deny events and spread lies and insults, are often an excuse for social media users to call for retaliation, and national awakening. The insults and arguments that follow indicate a degree of disrespect toward the victims from both sides.

On the opposite end of the spectrum there is a culture of oblivion or “forgetting”, which is to selectively “camouflage” certain dishonorable actions in which “our” side was directly or indirectly involved.

In her book Forms of Oblivion (2018), Alaida Asman mentions several modes of “forgetting”. They include erasing, concealing, hiding, staying silent, changing functions, ignoring, neutralizing, denying and losing. Even though social media has enormous potential as a training field for constructive dialogue and dealing with the past, it so happens that where these topics are concerned, it is used exclusively for releasing all kinds of frustrations; demonstrating vulgarity and primitivism, and refusing any kind of factual confrontation with events of the 20th century, particularly those that occurred during wartimes.

Commemorations of civilian casualties of war are the most poignant examples of how groups disagree about the mutual past. While people on one side are in mourning, others are either ignoring the situation or are in complete denial of what happened. Memory culture is largely based on emotion, and a collective erasure of all events which might bring into question the leadership and military of a nation. To do otherwise would be to equalize the warring parties, and everyone wants to be the victim, not the perpetrator.

Belma Buljubašić is an associate professor at University of Sarajevo’s Department of Journalism and Communicology, within the Faculty of Political Sciences. She is the co-editor of an anthology and a co-author of a research study and book. She is the author and co-author of over 20 scientific and expert papers, and has written for domestic and regional journals, as well as for several domestic NGOs.

She is currently in the second year of PhD studies at the University of Belgrade’s Department of Ethnology and Anthropology, within the Faculty of Philosophy. Her fields of interest are media and film from socialist countries, memory culture in (post)conflict societies, media constructions of the past, and propaganda.