Home Contact About
Home Social media and portals – A space for overcoming or reinforcing prejudice? 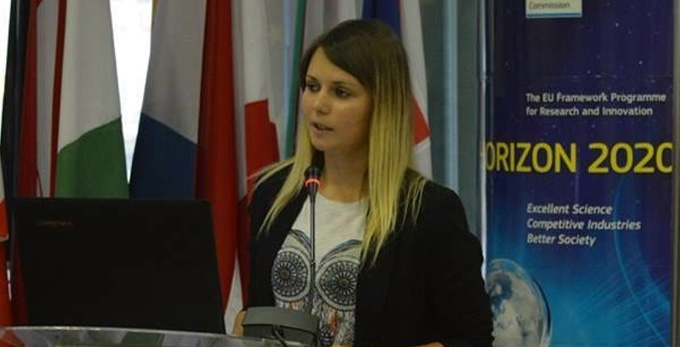 Social media and portals – A space for overcoming or reinforcing prejudice?

The dilemma of whether the influence of online media is more positive or negative, will plague us for as long as these platforms exist. The fact is that Facebook, Twitter, Instagram and other social networks have changed our lives. They have altered how we report on and share information. From one side, this is positive, as we can now share information faster and have more space to freely express different opinions. From another side, there are negative consequences, which cannot be underestimated.

In Macedonia, marginalized groups, such as the Roma, experience the most evident negative impact of online media. Total “freedom of speech” is open to abuse. Not all people understand that “freedom of speech” does not mean “freedom to spread hate speech”. And the line that separates the two seems to be difficult to understand here.

Roma people, as the most stigmatized minority group in Macedonia, are often targets of this “free speech”. In this country, prejudices against Roma people are held “dear” by the dominant society, and have been so for decades, passing from generation to generation. So deeply entrenched are these beliefs in society, that they are incorporated into child-rearing, used to instil fear as a form of discipline. In order to not reinforce such stereotypes and prejudices, I will refrain from giving specific examples.

Naturally, the stereotypes and prejudices we carry in our real lives are transferred to our virtual lives: via social media. There they manifest as abusive and insulting comments, discriminatory statements and hate speech.

If hate speech by individuals on social media was not enough, it has been so normalized that the online media portals reinforces these stereotypes. Since digital and social media are still unregulated in Macedonia, there is real chaos in the online space. Discriminatory content and hate speech are “legitimately” spread by the majority of these unprofessional “media” outlets.

I will give you a “mild” example of discrimination encountered on portals. If a member of one of the larger ethnic communities commits a crime, such as a theft, the headline will read: Criminal charges brought against a jewellery thief. However, if a Roma person commits the offense, then it will read: Criminal charges brought against a Roma jewellery thief. This is a clear example of stereotyping and discrimination: emphasizing the ethnicity with a negative connotation. The Roma community is already facing a lot of discrimination, and the online media outlets are there to ensure prejudice prevails.

Journalists who “report” in this way are seemingly unaware of the misinformation and stereotypes they are spreading with this language. Therefore, they need to be educated to dismantle their prejudices. The overarching issue is that most online media platforms operate in a completely unregulated manner, with incompetent staff and lack of respect for any professional journalistic standards.

However, online media outlets have the potential to do good. They offer the ability to confront discriminatory attitudes and stereotypes towards Roma people in real time.

Online and traditional media is sometimes used to present “positive examples” of the Roma community, such as articles about Roma university graduates who are successful in their professions. These are especially popular on Roma Day, the 8th of April. However, this kind of “positive” reporting can be misguided. The intention is good, but it can easily backfire. Instead of reducing prejudices, it can reinforce them. Why should it be strange for a Roma person to be successful in their profession, to the extent that we need to report this in the news?

A more implicit approach could have a stronger effect, such as intentionally using statements by Roma experts during reporting, and in doing so, challenging prejudices and stereotypes. For example, when reporting on economics and average salary growth, an Economics professor of Roma background could give statements and opinions on the topic.

In this way, we do not report on how successful a Roma is, or how Roma people can be and are professors, but instead we show this by taking the expert opinion from someone who happens to be a member of the Roma community. This removes the need to say, “here we are showing you that Roma people can be educated”, an approach that is rooted in prejudice.

This “showing by doing” approach may subtly appeal to and have a greater influence over those who actively discriminate against, ridicule and directly enforce negative stereotypes about Roma people. It is human nature to resist being told “you are wrong, I’ll show you how things should be done”, hence exemplifying could have a more effective and positive outcome.

As social networking and online media platforms have the potential to influence our societies in both positive and negative ways, by either reinforcing or dispelling prejudice, individuals and journalists should use them wisely. Not only Roma people, but all communities, should be valued for their individual qualities, and not be defined by socially imposed prejudices informed by stereotypes. The internet can serve to give everyone a chance. We need to decide how we will use it.

Katerina Smileva is the PR Coordinator at CSI Hope and a qualified journalist.