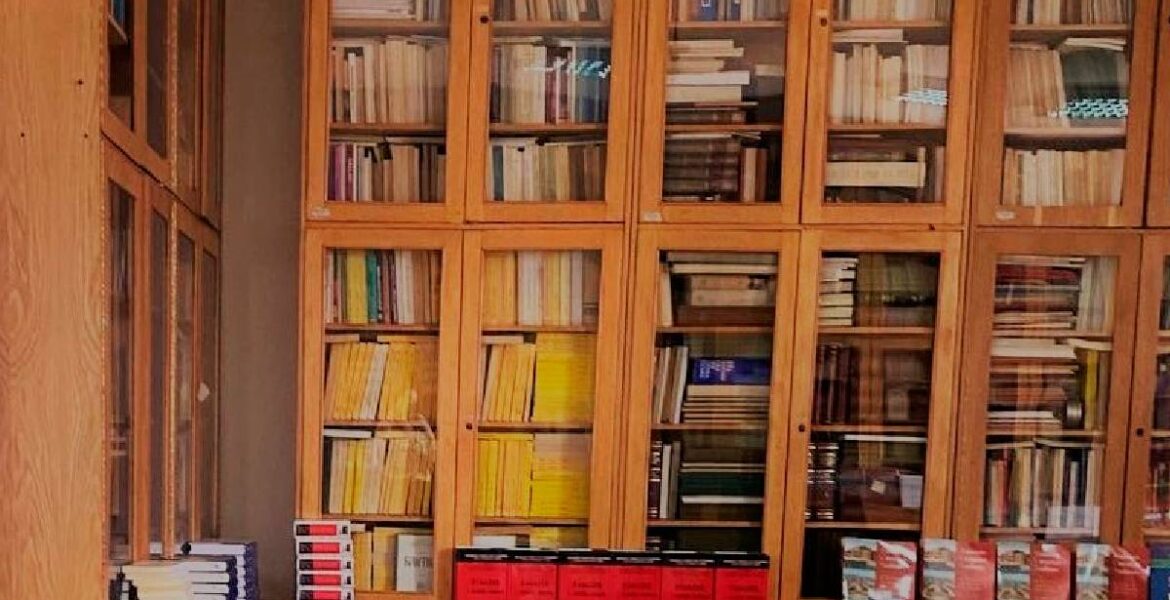 Zarife Çoçaj, is one of 11 students of the Balkanistics, the new program of the Faculty of Philology that was accredited this year, to provide the teaching of Albanian and Serbian languages, as well as other Balkan languages, ​​along with their literature, culture and history.

She says she sees this program as a good opportunity for her future.

“Many processes in Kosovo are related to a regional interaction in the Balkans, as part of the process for the integration of the region into the European Union,” she says.

After almost three decades since education in Kosovo began to be held in parallel, divided along the ethnic line, this year, for the first time, the Serbian language will begin to be taught at Kosovo’s main public university as part of the Balkanistics Program.

The Balkanistics is a four-year program, where Albanian and Serbian languages ​​will be learned, and, upon completion, students will be able to become professional translators.

The new Balkanistics Program does not include only the learning of languages. It also includes the learning of the Balkan literature, culture and history. Students, like Zarife, will be trained in the field of translation and teaching of Balkan languages, ​​as well as in other fields related to this linguistic and geographical field.

Lindita Rugova, the dean of the Faculty of Philology, says that the Balkanistics Program, which was first accredited in 2015, but which was revoked due to the lack of staff, is now designed differently, profiling the field of translation. “The content of the Balkanistics as a program is more special and has to do with scientific aspects of languages, as well as with cultural, historical and literary aspects in the Balkans,” says Rugova.

Rugova adds that institutions in Kosovo currently need translators and interpreters in all levels of administration. “Knowing official languages ​​of the country, Albanian and Serbian, is a big plus for everyone,” she says.

According to her, the students of Balkanistics can master three foreign languages ​​in the academic level at the same time.

Serbo-Croatian was the first official language until 1999. It was kind of a “main language” that was considered as a bridge between speakers whose mother tongues were different.

When Serbia consolidated its control over Kosovo by the end of 1980s, the Albanian language was abolished as an official language from the institutions.

The 1998-99 war reversed this reality, leaving behind a legacy of language divisions in Kosovo that continue to be endemic and a syndrome of interethnic hostility, like everywhere else in the countries of the former Yugoslavia.

This also created a gap in the lack of professional translators from Albanian into Serbian and vice versa.

Arta Pllana, a communications coordinator in the Office of the Language Commissioner, a mechanism that monitors the implementation of the law on the use of official languages ​​in Kosovo, hopes that the Balkanistics Program will alleviate the crisis of translation.

“Albanian and Serbian are the two official languages ​​in Kosovo, and all documents must be in both languages. But there are often delays in respecting this due to the lack of translators,” she says.

“The program is expected to produce certified professionals who will then have the opportunity to be employed as professional translators in institutions,” says Pllana. “No doubt, this number of professionals will alleviate the situation in administration”.

Dean Rugova says that Serbian is only one of the languages ​​offered in this program. There are other languages ​​that are offered, depending on the students’ interest. “Of course, Serbian is the official language for the Kosovar context and it is expected to be required more,” says Rugova.

Only one Serbian student is enrolled in the Balkanistics Program this year, while most of the others are Albanian. The Balkanistics Program is short of regular academic staff at Prishtina University and currently works with the staff from the region supported by the OSCE Mission in Kosovo and the International Organization for Migration (IOM).

Serbia continues to exercise control over the education system in Serb-majority municipalities in Kosovo, where schools apply Serbia’s state curriculum, which excludes the learning of the Albanian language. On the other hand, the Serbian language is not included in Kosovo’s primary and secondary education system.