Home Contact About
Home The Trials are Ending – Now What? 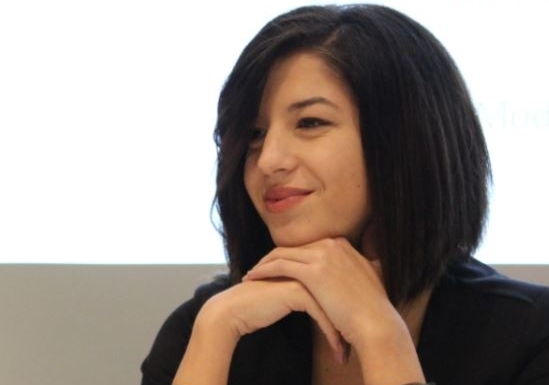 The Trials are Ending – Now What?

When we speak about transitional justice, we are also speaking about criminal justice, victims and witnesses, missing and internally displaced persons and their families, mass graves and the right to truth, reparations, lustrations and more. War seeps into all crevices of society, and consequently the processes of transitional justice do too.

The broader discourse surrounding transitional justice in these parts (the Balkans) mostly comes down to criminal justice, namely the work on processing war crimes cases, by the ICTY (now the International Residual Mechanism for Criminal Tribunals) and the local courts. UNMIK and EULEX have also been involved in war crimes trials. The Kosovo Specialist Chambers, which is yet to deal with these processes, will be another addition to the list of organizations involved.

Now that most international tribunals have either completed their work, or are in their final phase, it is expected that local courts take over the job. The ICTY conducted trials against high-ranking officials only, but the judgments and supporting documents mentioned many names from which local courts could build cases. Unfortunately, this is not happening. Rather, most local courts are reducing the number of indictments and hearings. The transparency and efficiency at which they work is also not at an enviable level. The consequences of the lack of political will and the passing of time are widely felt – the interest of the general public is waning, witnesses and perpetrators are growing old and dying, and the international community is no longer pressuring countries in the region to complete these processes, to the extent it was, say, ten, fifteen or twenty years ago.

Does this mean that transitional justice, as we know it in these parts, is also ending?

In a situation where trials, as the most visible process of transitional justice, are declining, the question arises – how and where will journalists, researchers, artists, activists and other interested parties find the resources and materials they need to report on transitional justice in the future? What will the ‘next generation’ base its work on? When, in thirty years, someone wants to study, read or write about the crimes committed in Vlasenica, Vukovar or Gjakova, to whom will they turn? Court archives would seem like the obvious answer. The ICTY’s accessible online database is one shining example. Any journalist can access it to read trial verdicts, testimonies and transcripts, and view documented evidence, photos or video footage used during the trials.

So, what about local court archives? In 2020, one would expect all court documents and transcripts from the trials to be digitized, and all items that were used as evidence to be properly stored. This is not the case, however.

In 2019, the Balkan Investigative Reporting Network (BIRN) launched the War Crimes Verdicts Map, an interactive platform that displays all final verdicts of war crimes committed during the wars in former Yugoslavia, made publicly available by both domestic and international courts. The process of gathering this documentation is not simple. There is no uniform practice among local courts. Some publish trial verdicts and court documents with full names (e.g. the Court of Bosnia and Herzegovina), some publish these but only with the initials of the defendants (e.g. the High Court of the Republic of Srpska), while others provide totally anonymous data (e.g. the War Crimes Department of the High Court of Belgrade). Information on certain cases is completely missing from online court databases, meaning that one has to search through the reports of domestic and international organizations that followed the trials and, on that basis, seek documents from the courts, in the hope that the Law on Free Access to Information of Public Importance will be respected.

BIRN saw a need to present all available data and documentation relating to war crimes trials to the public in a transparent and accessible way, hence the process of creating an online map began. Starting with its own rich archive – the result of many years of following and documenting war crimes trials, BIRN then investigated all the publicly available data and documentation from courts and civil society organizations. The reporting network believed it was important to include all available materials from every sector involved in monitoring war crimes trials over the years. Thus, the  War Crimes Verdicts Map contains BIRN reports, links to indictments and judgments provided by courts, and to court documents previously collected by civil society organizations across the region.

The entire process of collecting data and creating a map has unfortunately confirmed the hypothesis that there is no uniform approach taken by institutions to archive data, and that the transparency of this work is at an exceptionally low level. This will only impede the ability to work on the sensitive topic of dealing with the past.

Why is that a problem? Here we come back to a previous point – that the passing of time takes its toll. This is not only the case with courts, but with people in general. Dealing with the past is a topic which is both completely known and unknown. It is a topic that is both present and absent. In public discourse, we can hear the denying of court-verified facts and “I’m sick and tired of war stories”. As bad as that is, it is also a signal to change how we view and approach transitional justice.

While the focus for the last two decades has been on collecting data on the human rights violations that occurred during the recent wars, the main task nowadays is to give the public access to this information. It is up to institutions to make this information available, and it is up to the public itself and the new generations born after the wars to get accustomed to the times we are living in.

Jovana Prusina has been working at BIRN as a program coordinator for the Balkan Transitional Justice (BTJ) program since 2018. She holds a Law degree from the University of Belgrade and has previously worked for the Youth Initiative for Human Rights. Jovana’s work at BIRN focuses on strengthening the capacity of local media and civil society to achieve reconciliation and intercultural dialogue.