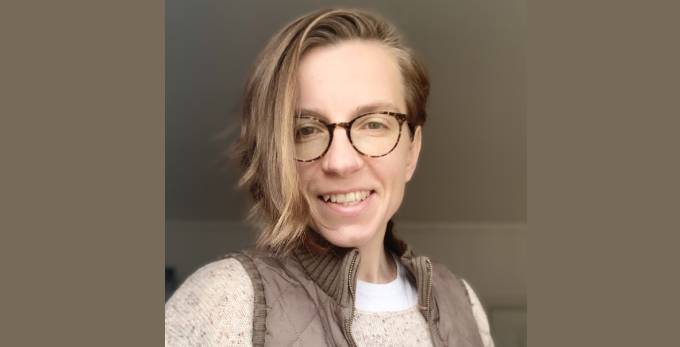 The introduction to this special issue inquired, among others, how comprehensive and holistic were the approaches to dealing with the past, ingrained in the European Union Accession Processes. To answer this question, it is important to go beyond the usual statements about – to put it mildly – “mixed” results of the EU’s conditionality politics in the region, of the regional and national lack of political will to dealing with the past, and the so-called stabilitocracies and democratic backsliding. It is important to have all these in mind, but so is knowing that they are merely manifestations of deeper structural issues that have remained unaddressed for more than two decades of international interventions.

Transitional justice (TJ) has become a dominant framework for dealing with the past – a global norm. Despite being a global norm, or precisely because of that, TJ is limited and limiting in many ways. This has been shown not only through its far-from-satisfactory application in our post-Yugoslav region, but also across a variety of “cases” worldwide. There are many structural inequalities and harms that TJ has proven to be unable to address due to conceptual limitations of its mechanisms, skewed understanding of violence, as well as its ideological underpinnings and embeddedness within neoliberal peacebuilding and related conception of democracy. Be that as it may, TJ is still an available norm that can be used with an awareness of its (many) limitations, and with a contingent planning on how to compensate for its shortcomings.

Zooming in on the post-Yugoslav context, the idea and the importance of TJ enterprise has been “sold” to the victims-survivors and the families of the killed and missing in the region as a vehicle of justice for their grievances, pains, and needs. The EU, on the other hand, as one of the main enforcers of the norm in the region, has championed TJ as its new strategic narrative for identity promotion and normative power building. In its relations to the region, the EU insisted, at least discursively, on the usual requirements of accountability, truth, justice, and reconciliation. However, the EU’s interventions over the last few decades in the region have shown that it was more concerned with a narrowly defined regional stability than with some deeper, wider, or more holistic conceptions of justice that would shake up the entrenched elites and structures built upon the wars and post-wars injustices, violence, and destructions. Furthermore, the EU lacked a long-term and comprehensive strategy and this lack was perhaps the most obvious in the EU’s overreliance on only judicial accountability through one mechanism of TJ – namely, conditioning progress in accession on the cooperation with the International Criminal Tribunal for Former Yugoslavia (ICTY).

This should not come as a surprise, having in mind that all the way until late 2015, transitional justice was largely absent from the EU policies, yet de facto part of the programs advanced by the European Commission (programs for promotion of democracy, human rights, enlargement, development etc.,), through the EU`s Common Foreign and Security Policy, and its related Common Security and Defence Strategy. The scatteredness of TJ provisions across a whole range of policies and guidelines and the lack of an overarching framework led to significant inconsistencies as well as a narrow and sectorial approach to TJ. In November 2015, however, the EU finally adopted its Policy Framework on support to Transitional Justice, which flagged the need for a comprehensive, long-term and “a context-specific, locally owned approach to transitional justice with the rights and participation of the victims at its heart”. In addition, the Framework also incorporated gender dimension into TJ, as well as both retributive and restorative aspects of justice. It sounded promising – at least for a moment and at least on the paper.

Three years later though – and a year after the closing of the ICTY, an institution which for two decades imperfectly shouldered the weight of most of TJ expectations – the 2018 European Commission’s Strategy for the Western Balkans did not reflect or operationalize the lofty promises of the 2015 Framework, but instead reproduced a rather narrow conception of TJ.

From that period up to now, as I pointed elsewhere, the civil sector’s discourse of “crisis of TJ” has been used as an attempt to mobilize and gather support for the continuation of these processes through the creation of the regional truth commission, known as RECOM. Several gatherings and conferences have been organized across the region, asking what steps need to be taken to make sure that the dealing with the past continues even after the closing of the ICTY. This sense of crisis is understandable having in mind that after all these years so many things are still un(re)solved, as well as that after joining the EU – as the case of Croatia shows – the leverage for pushing TJ processes significantly falters. On top of it all, there are worrisome political developments in most of the region, in particular the increasingly authoritarian nature of the Serbian ruling circle(s). However, the urgency of removing the threat and discomfort of the so-called “crisis of TJ” could also limit the spectrum of possible actions. Scrambling in perpetual ‘crisis-response’ drains (creative and political) thinking and energy; it prevents demanding systemic changes, because “the crisis” makes merely the ‘continuation’ of the processes the main demand. This may lead to repeating the old mistake and to overreliance on one mechanism, hoping it would act as a panacea for all the legacies of violence and injustices.

Furthermore, the accession process has been in a stalemate, and one can express serious doubts whether the current mood (with)in the EU is conducive to the pursuit of justice through comprehensive approach(es) to addressing the past (and present) injustices and legacies of violence in the Western Balkans. For some years now, it seems that the pursuit of justice for crimes and destructions of lives and properties committed during the 1990s wars in Yugoslavia has not been high at the list of the EU priorities. It has taken a far back seat as the EU has prioritized security of its external borders against the flow of people on the move – a task for which it needed the Western Balkans political leaders irrelevant of their (many) TJ transgressions.

So, when TJ gets (back again) in focus, it is important to have in mind that in addition to the unfinished processes related to accountability, truth-telling and truth-finding initiatives, the search for missing persons, and very much needed material reparations – there are many injustices and violations that fall through the cracks of the TJ norm, or even get reproduced through this norm’s application. Such grievances need to be addressed too. The transitional justice movement (hopefully in synergy with other socio-political movements) in the region, the EU, and regional politicians) need to find the way(s) to do so. Without all that, we cannot really talk about “holistic” approach(es).

Dr. Sladjana Lazic, peace scholar whose research has explored aspects of transitional justice, peacebuilding, peace and gender, and memory politics with a regional focus on post-Yugoslav context and Colombia. Sladjana is the host and editor of the Opinion Peace podcast and the co-founder of the Yugoslawomen+ Collective.