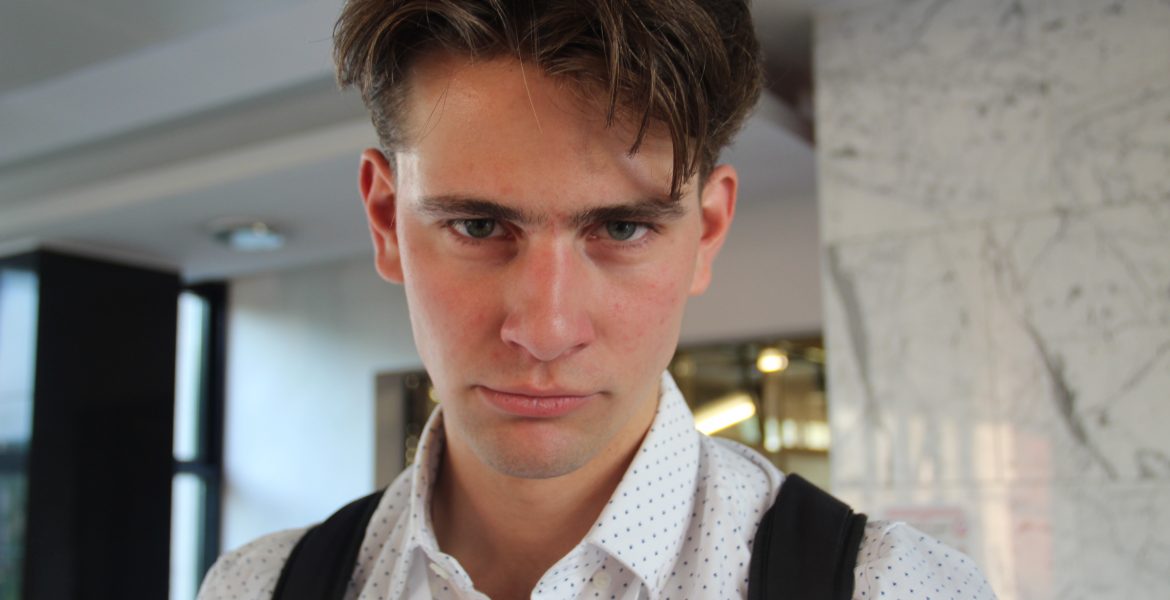 Already some time ago, I had the oppotrunity to stay in Sarajevo for a week as a part of the Western Balkans Youth Team and participate in Sarajevo Film Festival’s „Dealing with the Past“ programme. When I saw the opportunity to apply I was instantly drawn in – building intercultural dialogue face to face with people from various backgrounds is what I’m all about (and is there a better place for that than Sarajevo?). I was absolutely thrilled to find out I got accepted. A little more than a week before the programme I was able to visit Kozarac as a participant of the Antifascist Camp organized by Prijedor-based NGO Kvart Youth Centre which was very educational and powerful so I was eager to return to Bosnia and Herzegovina soon. And this visit to Sarajevo, my second visit ever, was really emotional for me for a couple of reasons.

First of all, I may have some sort of an invisble connection to the city. Some of my family members lived there for a period of their lives. None are alive today – my father’s cousin passed away in Zagreb two years ago due to covid, and it was impossible not to remeber her in the city, and I still struggle with realizing the loss fully. Finishing her elementary school in Sarajevo, she was a true Sarajka in a way, never caring for other people’s ethnicity and faith, harbouring tolerance and privacy. This remeberance loomed over me during my stay in the city.

My first visit was also very influental. I still remeber when my parents told me we’re going on a trip to Sarajevo over Bosnia and I querulously rebelled: „Why, there is nothing there!?“ I felt cheated, like they set us up with a pointless trip. I was around 13 years old and I knew nothing, but I admit that I changed my mind rather quickly. I was enchanted by the beauty, the rivers, the mountains… but I was also shocked. I have seen more obvious pollution than I was accustomed to in Croatia, bunch of plastic bottles floating in the rivers, trash in all the places… It was a really sad sight for me to see, and still is. Such beauty, yet not enough appreciation of it.

When we came to Sarajevo it was another shock. I have seen the marks of war – the bullet holes on some buildings, the memorials, the stories. There I learned a bit more about the siege, although it was not all to much or at least I didn’t remeber much – I was still a child. But I remebered enough. It’s not that I have never seen the marks of war in Croatia too, but this was for me far worse, not to compare instances of human suffering of course. Coming from a normal family in a quiet neighbourhood of Croatia’s capital I had a pretty shelthered childhood, never in need to know too much about the war(s), nor was my family overly burdened by them. That’s why facing it all in Sarajevo was such a powerful (but on the outside rather quiet) shock. I would realize the power of its’ impact on me over time .

A thing that also moved me was spirit of the people. I must state that I don’t want to romanticize anyone or overgeneralize but some impressions were made on me. I remeber how my parents talked to the security guard that worked in front of the hotel. He lost a son in the war, and I was young so I didn’t follow the entire conversetion but what made a lasting impression on me was his lack of hate or resentment. There was a certain lightness to him, at least in my memory. And it was so powerful, to witness people who went through hell and not harbour any hatred, only wanting a better life for everyone. He was saying things we can often hear – the life is no good, the wages low and they poison us still with nationalism. An ordinary man, and in my opinion he is not in minority. I don’t remeber any details, I only remeber the lack of hatred. It showed a young me that another way is possible. Similar to that was my later experience – I talked to several bus and taxi drivers that generally repeated the same thing – they cared not for nationalities or ethnicities but for economics of their everyday life. All the people I had interactions with were warm and inviting, no one (and I mean no one) looked at me the wrong way, on the contrary.

Sarajevo Film Festival’s „Dealing with the Past“ programme is what gave primarily factual depth and broadness to my human experience. It was rather hectic at times and there was often not enough time to process it all and reflect, to be honest. I got to learn new facts about the events, see  powerful historic and artistic exhibitions and films. For me most importantly I got to connect with the people that are (only on paper) so different from me and break those constructed barriers between on physical and personal level. We all came in good faith and it was not as hard as some would like us to believe. We learned of new ways to fight the present state of things and I think it made us stronger altogether. I can definetely say that it made me richer and better person in a way. I find human contact crucial for establishing mutal communication that is so crucial in order to shift status quo. I don’t want to be naive about it all but my motivation is enormous, and I know I am not the only one. A better world is possible and with people like these and through common strugle, I know we can build it.

Filip Marko Srdić is 21 years old and comes from Zagreb, Croatia. He is currently studying Anthropology as well as Ethnology and Cultural Anthropology at the Faculty of Humanities and Social Sciences, University of Zagreb. He has great interest for conflict and post-conflict, trauma, dealing with the past and reconciliation and as such he participated at several educations, workshops and forums.