Home Contact About
Home NEVER AGAIN? From Bosnia to Ukraine 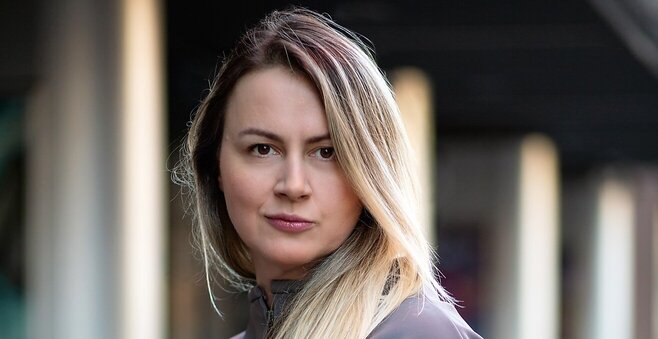 NEVER AGAIN? From Bosnia to Ukraine

We stand witness that even 30 years after Sarajevo 1992, the ideas of fascism, hatred, and divisions are still very much alive. So is the heroic fight for justice, freedom, and peace.

The citizens of Bucha, Kyiv, Mariupol, and many other cities in Ukraine are living through terror, aggression, and a humanitarian catastrophe. Very much like the citizens of Sarajevo in Bosnia and Herzegovina during the 90s, they too stand on the defence line of the European human and civilizational values, of freedom and living in peace.

The aggression against Ukraine began on February 24, 2022. In the first 140 days of the aggression, thousands of civilians, of whom hundreds were children, were killed. Hundreds of thousands lost their homes, thousands of buildings were destroyed, including national monuments, hospitals, and historical buildings. Ukrainians are living every day in terror, surrounded by shelling and military attacks.

Kyiv has now become a mirror-city of the occupied Sarajevo. The memories of the genocide committed in Srebrenica, the atrocities committed in Prijedor, Višegrad, Foča, Central Bosnia, and other regions are being awakened within the people of Bosnia and Herzegovina as they witness Russia using similar methods of waging war, manipulation, and denial just as those that were used during and after the war in Bosnia and Herzegovina.

The first peaceful protest in support of the people of Ukraine in Sarajevo, titled “We stand with Ukraine”, organized by the Centre for Post-Conflict Research on April 9, 2022 (photo: Benisa Bibuljica)

The war in Bosnia and Herzegovina ended with the signing of the General Framework Agreement for Peace in 1995, but the country still faces destabilizing policies, ethno-nationalist claims, and constant inter-ethnic divisions even 26 years later. We also witness the pro-Russian influence and sympathy from political actors in Bosnia and Herzegovina and the region, who, through a policy of support or neutrality, are writing themselves onto the wrong pages of the aggressor’s history.

The Russian aggression against Ukraine has reminded all of us in Bosnia and Herzegovina of how fragile peace is in all contexts where the postulates of transitional justice have not been achieved and where the process of dealing with the past has not been completed. It has reminded us how the effort toward building peace and preventing hatred and violence is the duty and the responsibility of all local actors, governments, and the international community. Such duty and responsibility never end.

When I founded the Centre for Post-Conflict Research more than ten years ago, its main mission became the renewal of the peace culture and the prevention of violent conflicts in the Western Balkans through the use of proven, multidisciplinary, and innovative approaches to peace education, multimedia creativity, conflict prevention, post-conflict research, human rights, and transitional justice.

When our Centre was founded, most of the civil society and international community considered us “odd”, emphasizing that there was no need to prevent a war which had ended only twenty years ago, and that we were focusing too much on “boring” topics from the nineties. And yet, here we are, witnessing how the European society has failed to fulfil the promise of “never again”. Instead, we are left with hope and dedication that based on our country’s own experience we can offer help, acknowledgment, and support.

Velma Šarić is a researcher, journalist, peace-building expert, and human rights defender from Sarajevo. She has over 20 years of work experience and is currently the founder and President of the Centre for Post-Conflict Research, and the founder and editor-in-chief of Balkan Discourse.