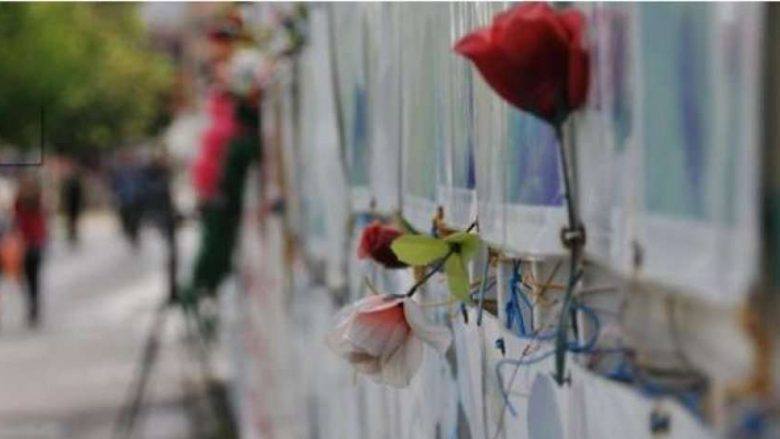 Many heroes’ names are on the tables naming streets, squares, and parks in Kosovo, while their images appear in statues, monuments, and memorial complexes erected after the war.

The civilian victims murdered during the last war in Kosovo, either women, men, or children, did not have and continue not to have the same fate.

To earn a place in the naming of Kosovo’s streets or in the memorials, these victims should have been part of the Kosovo Liberation Army. Both parties died in the name of the war, albeit in different positions.

Bekim Blakaj from the Humanitarian Law Center also says that the city squares and collective memory objects have no sufficient place for the victims.

He assesses that civilian victims have no sufficient space in the public spaces in Kosovo, as the majority of squares in the country are named after heroes and very few after murdered civilians.

Blakaj emphasizes that there are a few streets named after murdered civilians, however, the prevailing streets in Kosovo are named after members of the Kosovo Liberation Army.

“Many memorials dedicated to civilian victims were erected by private initiative or with money from the budget of their families. A part of victims never had any support by the Government,” says Blakaj.

A total of 8, 867 is the figure of civilian victims in the last war in Kosovo, of whom, 2, 961 are martyrs, says Blakaj. According to historical data, there is a total of 13,535 victims from around the country because of the war in Kosovo. This information stems from the book ‘Memory of Kosovo’, which can be accessed on the official webpage of the Humanitarian Law Center, an organization working on the war victims in the region.

Bedri Bazaj was one of the soldiers in the region of Drenas, who was killed during the war. He was murdered by the Serbian forces along with three other soldiers in Tërstenik village, in Drenasit, in the evening of 6 June 1999, while he was out to buy some food somewhere for his family.

Bedri’s name is now engraved on the memorial plaque for the murdered ones during the war in Drenas.

Bedri’s brother, Naim Bazaj, at that time was the commander of the Second Company of the Battalion, Brigade 113 – Zone of Drenas. He says his brother’s name is written also on the plaque commemorating all martyrs of Kosovo, which is placed in Marinë. Meanwhile, the only street named after him is the street in Bazaj neighbourhood in Tërstenik.

Shaban Shabani is one of the civilian victims from the same village, Tërstenik. He was murdered on 6 June 1999, after he was ambushed at his home by the Serbian forces. Shaban was the cousin of Naim. They lived in the same village.

According to Naim, Shaban’s name is written only in the street where he met death, in front of his house but not in any commemorative plaque or more important street of the city.

“Shaban was looking to go inside his home and was ambushed. His name is in the street where he was murdered,” he adds further.

The names of the murdered civilians are mainly placed in streets, although at the request of the Assembly, the KLA soldiers always had priority for naming, to be followed by the civilian victims.

Among the murdered civilians is the 12-year-old Sokol Bazaj, who was murdered on 15 May, at noon, while he was walking in the neighbourhood hand in hand with his mother. Sokol was only an innocent child, attending sixth grade. That day, he was shot on the throat by the Serb paramilitary forces, in the arms of his mother. He was buried the next day.

Sokol’s innocence has not found any space to be engraved in any memorial of the civilian victims, or in any city street name.

However, at the initiative of his family, finally young Sokol’s name was written at least in the neighbourhood where he was shot.

“Sokol was walking with his mother hand in hand, crossing the neighbourhood. The Serbian police shot him in the throat on 15 May at 12:00hrs. He was buried the next day,” continues Naim, telling the stories of his fellow villagers.

However, there are cases when no space is found in the public streets and spaces for the even the heroes of Kosovo.

Such is the case of the KLA soldier Mujë Tafilaj from Shtaricë village in Klina. He was murdered in 1999 and his name is engraved in the commemorative plaque at the martyrs’ cemetery in Aqarevë village, Skenderaj.

The Tafilaj family emphasized that his name is found nowhere else, in any street or park in the country, although the President of Kosovo has proclaimed him a Hero of Kosovo.

“He was a KLA soldier. His commemorative plaque is in Aqareva, at the martyrs’ cemetery, but no street or park has been named after him,” said one of the Tafilaj family members.

The street that Ganimete Tafilaj Beqiri walked down one spring day in 1999 searching for a safer shelter towards Albania was the last of her life.

She was murdered when the Serbian forces attacked with weapons the tractor in which she and her family were traveling. Other family members of her husband were wounded by the attack.

Ganimete’s sister says her name is engraved in the same commemorative plaque with the name of Muja, in Aqareva of Skenderaj.

The memory of her was not immortalized in any street name in her neighbourhood or village.

Ganimete was only 21 years old when she was murdered.

“Her name along Muja’s is on the commemorative plaque in Aqareva, and the municipality put her name there, but no other street is named after her,” said further Ganimete’s sister.